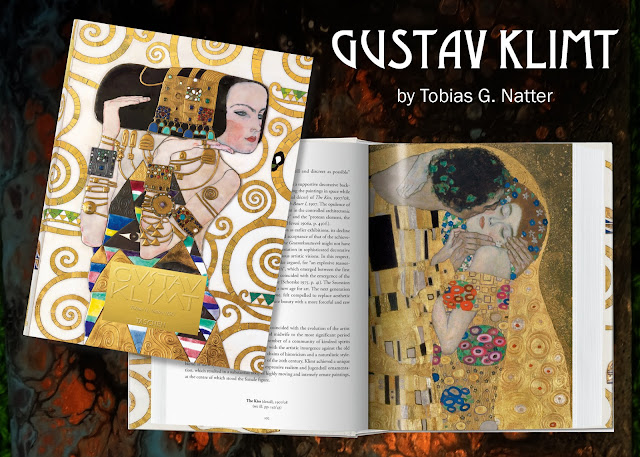 “I have the gift of neither the spoken nor the written word, especially if I have to say something about myself or my work. Whoever wants to know something about me -as an artist, the only notable thing- ought to look carefully at my pictures and try and see in them what I am and what I want to do.” ― Gustav Klimt

It is a wonderful book illustrated lavishly in colour, printed on good quality paper and brimming with new photographs of familiar works, but also containing some gems that were previously unknown to me. I have started to read it and the style is academic and at times overly critical (in the sense of “art-criticese”), however, the text is informative and full of contemporary material that relates to the artist, including extracts from his writings.

One of my favourite artists, the Viennese Gustav Klimt (1862-1918) still surprises with his overt eroticism, amazingly intricate surface designs, and experimentation. Although a little expensive (I’ve seen prices between $80 and $250 online and in bookshops), it’s worth it!


*** *** ***
Gustav Klimt, (born July 14, 1862, Vienna, Austria—died February 6, 1918, Vienna), Austrian painter, founder of the school of painting known as the Vienna Sezession. After studying at the Vienna School of Decorative Arts, Klimt in 1883 opened an independent studio specializing in the execution of mural paintings. His early work had a classical style that was typical of late 19th-century academic painting, as can be seen in his murals for the Vienna Burgtheater (1888) and on the staircase of the Kunsthistorisches Museum.

In 1897 Klimt’s mature style emerged, and he founded the Vienna Sezession, a group of painters who revolted against academic art in favour of a highly decorative style similar to Art Nouveau. Soon thereafter he painted three allegorical murals for the ceiling of the University of Vienna auditorium that were violently criticized; the erotic symbolism and pessimism of these works created such a scandal that the murals were rejected. His later murals, the Beethoven Frieze (1902) and the murals (1909–11) in the dining room of the Stoclet House in Brussels, are characterized by precisely linear drawing and the bold and arbitrary use of flat, decorative patterns of colour and gold leaf.

Klimt’s most successful works include The Kiss (1908–09) and a series of portraits of fashionable Viennese matrons, such as Fritza Riedler (1906) and Adele Bloch-Bauer I (1907). In these works he treats the human figure without shadow and heightens the lush sensuality of skin by surrounding it with areas of flat, highly ornamental, brilliantly composed areas of decoration.
Posted by Intelliblog at 19:31 2 comments 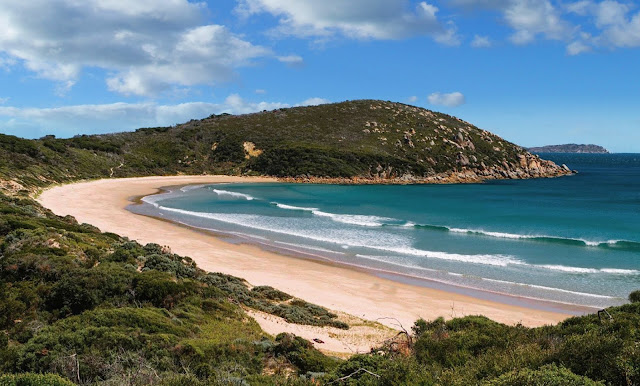 “Wilderness is a necessity there must be places for human beings to satisfy their souls.” - John Muir

The first European to see the promontory was George Bass in January 1798. He initially referred to it as “Furneaux's Land” in his diary, believing it to be what Captain Furneaux had previously seen. But on returning to Port Jackson and consulting Matthew Flinders he was convinced that the location was so different it could not be that land. Bass and Flinders recommended the name Wilsons Promontory to Governor Hunter, honouring Flinders’s friend from London Thomas Wilson. Little is known of Wilson except that he was a merchant engaged in trade with Australia.

The promontory has been a national park, to one degree or another, since 1898. Wilsons Promontory National Park, also known locally as “the Prom”, contains the largest coastal wilderness area in Victoria. The site was closed to the public during World War II, as it was used as a commando training ground. The only settlement within Wilsons Promontory is Tidal River which lies 30 kilometres south of the park boundary and is the focus for tourism and recreation. This park is managed by Parks Victoria.

This post is part of the Our World Tuesday meme,
and also part of the Wordless Wednesday meme.
You are invited to the Inlinkz link party!
Click here to enter
Posted by Intelliblog at 02:18 5 comments