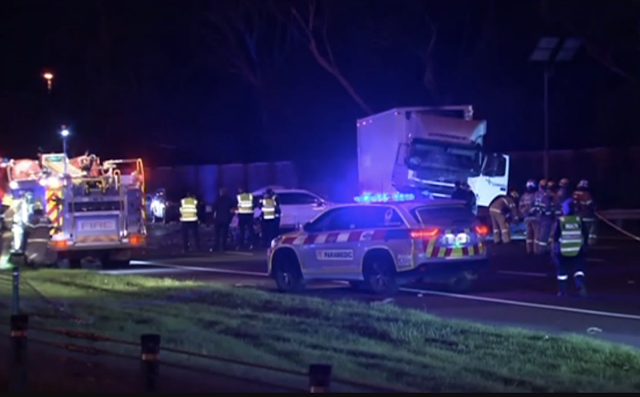 “How doth the city sit solitary, that was full of people! How is she become as a widow! She that was great among the nations, and princess among the provinces, how is she become tributary!
She weepeth sore in the night, and her tears are on her cheeks: Among all her lovers she hath none to comfort her: All her friends have dealt treacherously with her, they are become her enemies.” – Lamentations of Jeremiah the Prophet 1:1-2

Yesterday afternoon I had to go into the City for work. I took my car in as the traffic was light and a parking spot was provided for me. In these days of COVID-19, the roads have become a pleasure to drive in and the traffic jams of a couple of months ago have disappeared. Add to that the tumbling price of petrol, which we have not seen the likes of for decades! To drive for pleasure would be good, were it not for the “Stay Home” directive, which most people (I, included) observe. Driving nowadays means going to work (if one can do that!), or alternatively go out for shopping (locally!) or other specified activities that observe the social distancing rules.

In the evening, after work, driving back home was also easy to do, even in the gloaming as the streets were all but deserted. I decided not to take the freeway home as driving in the deserted City was a strange thing, which I wanted to experience. Strange and unusual soon became disturbing and depressing. The empty streets, the few cars, the occasional tram – that too almost empty – gave me the willies. The darkness falling and the street lights eerily shining on the clear tarmac and the desolate pavements put me in a mood of despondency and melancholy. The radio started to play the lovely aria from Bizet’s “Pearl Fishers”, “Je Crois Entendre Encore”, which further heightened my dolefulness, my nostalgia of pleasanter times past.

Going past the Victoria Market, not a soul was to be seen in its brightly illuminated and empty covered corridors and arcades. The major hospitals that I drove by next had illuminated windows and I knew well what life and death struggles were being played there every second, every day. The University buildings across Royal Parade were dark and the students that normally walked in droves around the grounds and surrounding streets were absent. The pubs – their usual haunts – across the way, they too empty and dark. I turned into College Crescent and on my left the Cemetery loomed large, it too dark and gloomy. How many COVID victims had been interred there? How many more till this pandemic peters out?

As I turned into the smaller streets that I usually follow from habit, avoiding the main thoroughfare that leads to the freeway and which in the past was teeming with bumper-to-bumper traffic I became aware of a curious activity on the roads. Bicycles, scooters, motorbikes zooming up and down the streets, each driven by a masked and gloved rider, each carrying a large cubic box in the back. I looked more closely and yes, they were the food delivery workers from the take away food shops. Earning their wages perilously, risking life and limb on their flimsy, ill-balanced conveyances, endangering their health by possibly exposing themselves to the virus, taking their chances on encountering a mean or violent customer. I thanked fate that my work was safe, secure and low-risk on all counts…

The nearer I drove to home, the greater the darkness and the more marked the deserted appearance on the roads. The radio new bulletin began. It was then I heard of the fatal accident on the Eastern Freeway. Yes, the one that I avoided that evening… Apparently, the driver of a black Porsche was pulled over for speeding near the Burke Road exit at Kew during a routine check at about 5.40 pm. The driver was allegedly speeding at about 140 km/h when he was pulled over. A fluid test was conducted, allegedly returning a positive result for drugs. Two officers called for back-up from colleagues and were preparing to impound the car when a semi-trailer ploughed into the group. The crash killed four police officers while the Porsche driver (a mortgage broker, who was on bail – as I learned later) left the scene of the accident on foot. Today the driver was apprehended and is in police custody, while the semi-trailer driver is in hospital, supposedly having suffered a medical episode on the road.

I was out driving for work today, doing something that is allowed under the current COVID restrictions. It is conceivable that I could have been on that freeway, going home and I too could have been involved in an accident with a car driven by another driver who had no business being on the road. All these past weeks, I have been staying home, doing what every sensible, community-minded person does. Yet we hear every day of idiots who flout the restrictions and party, hold social gatherings, organise dinner parties, go out on joy rides, irresponsibly putting the lives of others at risk. And they can kill, through these actions of theirs: If it is not through infecting other with COVID, it is through their brainless behaviour such as this driver who set in motion a series of events that robbed the lives of four police officers, who in these difficult and trying times were out there protecting us.

COVID has changed the world. It has brought out the best and the worst in people. I daily see people doing the right thing, or even going out of their way to help others. There are emergency workers such as ambulance personnel, firefighters, police; health workers: Doctors, nurses, pharmacists, diagnosticians, laboratory technicians; supermarket employees, essential services shop staff, cleaners, rubbish removers, security staff, and so many others who risk their lives in order to prevent more infections and deaths in our community. Ordinary people who have lost their jobs or have been placed on leave, are staying home, doing the right thing. Elderly people who have isolated themselves willingly and have been missing their family and friends, not daring to go out of their house. Children at home, learning remotely by teleconference.

Then there are the irresponsible and egotistical nincompoops who defy everything and flaunt every rule and regulation. They who carry on as usual (or worse!), not fearing the virus, placing their trust in God (not remembering that God helps those who help themselves!), or embracing Lady Luck (gamblers never win, do they?), or having the egomaniac’s mentality of “it could never happen to me – I am SPECIAL!”. The lamebrained who turn to alcohol or drugs to allay boredom, or seek nirvana, or shirk responsibility, or wallow in some chemically-induced stupor that distances them from a painful reality. Yes, they too suffer in the end, they are harmed, but through their thoughtless actions, how many innocents are harmed also?

Four families today are mourning four dead: They were sons, brothers, fathers, daughter, wife, mother, partners, workmates. Four dead police officers who never went home last night, whom their families will never see again. The man who caused the situation that put them in mortal danger, the man who ultimately was so intimately involved in their needless death walked away unharmed, ran away and hid – but not before taking explicit photographs of the carnage he left behind him and which photographs he posted on social media. The same man talked idly about the accident in a chemist shop the following day. Seeking fame? Seeking social approbation? Am I looking for reason, a rational explanation for such actions in the few irrational neurones that man possesses?

We have living amongst us many sociopaths. Every day their actions and words chip away at our society, everyday they demolish our social mores, brick by brick. Their fellow sociopaths observe them and “like” their sickening, mindless posts on social media. Disgusting displays of antisocial behaviour become viral on Facebook, Instagram, Twitter. Yes, Twitter has been a means of publicising the workings of the dark, labyrinthine, irrational and warped minds of many a sociopath – even if they are rich, famous, or the holders of offices of great responsibility, power, influence and prestige…
Posted by Intelliblog at 04:44 5 comments 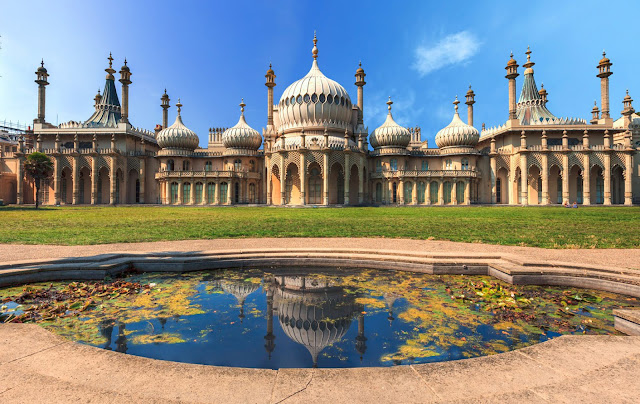 The palace is striking in the middle of Brighton, as its Indo-Islamic exterior is unique. The fanciful interior design, primarily by Frederick Crace and the little-known decorative painter Robert Jones, was heavily influenced by both Chinese and Indian fashion (with Mughal and Islamic architectural elements). It is a prime example of the exoticism that was an alternative to more classicising mainstream taste in the Regency style.
You are invited to the Inlinkz link party!
Click here to enter
Posted by Intelliblog at 02:30 7 comments