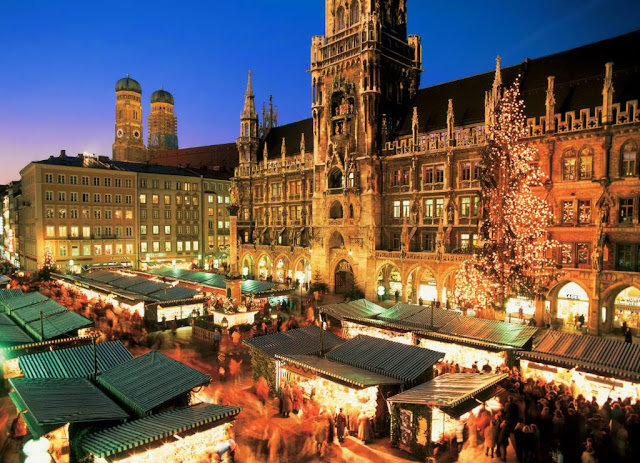 “We are better throughout the year for having, in spirit, become a child again at Christmastime.” ― Laura Ingalls Wilder

These markets originated in Germany, but are now being held in many other countries. The history of Christmas markets goes back to the Late Middle Ages in the German-speaking part of Europe, and in many parts of the former Holy Roman Empire that includes many eastern regions of France. The Christmas markets of Bautzen were first held in 1384. Dresden's Striezelmarkt was first held in 1434. Frankfurt's market was first mentioned in 1393, Munich's in 1310, and Augsburg's in 1498. In Austria, Vienna's "December market" can be considered a forerunner of Christmas markets and dates back to 1298.

In many towns in Germany, Switzerland, and Austria, Advent is usually ushered in with the opening of the Christmas market or "Weihnachtsmarkt". In southern Germany, Switzerland and Austria, it is called a "Christkind(e)l(s)(i)markt" (German language, literally meaning "Christ child market"). Traditionally held in the town square, the market has food, drink and seasonal items from open-air stalls accompanied by traditional singing and dancing. On opening night at the Christkindlesmarkt in Nuremberg, and in some other towns, onlookers welcome the "Christkind" (originally boy Jesus, but often depicted as an angel-like girl), acted out by a local child.
Posted by Intelliblog at 02:32 1 comments