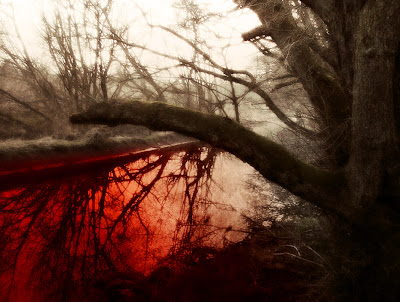 “The most authentic thing about us is our capacity to create, to overcome, to endure, to transform, to love and to be greater than our suffering.” – Ben Okri

The email message I received was short, to the point, almost business-like. I had to read its simple words several times in order for their import to sink in:

Hi Nick, I have some very sad news indeed. Phillip took his own life a couple of days ago. I'm going to the funeral this coming Saturday. I’m devastated. Just thought you would want to know…

This email from overseas, about one of our common friends. This is the sort of news that hits you in the gut and winds you. No easy way to break such news, no easy way to read it, cope with it, no easy way to live with it for the survivors close to the suicide. In the wake of such news one tries to rationalise the irrationality of the act. One tries to understand the incomprehensible. One attempts to forgive, to make excuses for, to deal with an act that leaves in its aftermath such intense pain and desolation.

Phillip was a middle-aged man, divorced for a couple of years now, with two grown-up children. He was a gentle, kind man, softly spoken. He worked with people with special needs and enjoyed his job. Since his divorce he withdrew into his shell and lived a solitary life, becoming depressed and difficult to engage with. His manner always polite, but his usually chatty humorous emails became shorter, mundane; written more as chore than as a means of communication. His mother died last year and this was another terrible blow, as he adored her. He had some counselling and seemed to finally come out of the dark place his life had become.

He visited Australia in the middle of last year. His smile was not forced, not disingenuous but distant. His eyes never seemed to smile. In retrospect the seeds of this, his last act, were already sown and we, perhaps, should have suspected something. It is so difficult not to feel guilt, so hard to dispel the complicity one senses in the wake of such an act.

He was grateful to his friends here during his visit, and his goodbyes when he left to go back home have become so much more significant now, in hindsight. A life cut short prematurely, a great waste, his pain too immense to be borne. How can one put oneself in Phillip’s position and replay his last thoughts? What jet-black despair could drive someone to commit this act of murder against oneself? Could it have been prevented? What could have been done? What a terrible waste!

Suicide was a criminal act in many countries in the past, it still is in a few. If it is considered thus, then one can understand the opinion of those who consider the suicide to be a coward. If we do not consider suicide a crime, then it may be argued to be the mark of a courageous and brave person who chooses this way to rid society of his perceived useless presence, and free himself from all feelings of suffering and peril. The religious person views suicide as the ultimate act of godlessness, the gravest sin, a mortal offence. The cleric’s prohibition may be enough to stay the hand of the devout, but a mind unhinged by weakness of faith, lack of purpose, great depression, dejection and despair will not be stopped by thoughts of God.

Phillip, I do not blame you, nor accuse you of a crime. You were neither brave nor a coward. You were sick with loneliness and despair, you found yourself in some deep dark alleyway with no exit and acted in a way that your tortured mind dictated as the only effective and permanent solution to some problem, that perhaps the choice of life would have proven to be temporary. I wish there had been some way to help you, I wish I had been closer, I wish you talked to me about it.

Vale, Phillip.
I hope that you are now in some happier place…
Posted by Intelliblog at 21:58