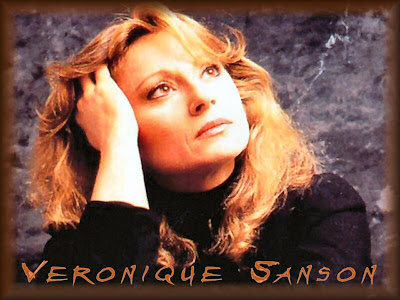 For Song Saturday today, I give you a song by French Singer/Songwriter, Veronique Sanson. She was born on April 24, 1949, in Boulogne. She has an avid following in her native country, but also in Canada. She was one of my favourite singers when I was in High School in the 70s. This song, "Comme je l'imagine" (1972) is one that brings back memories of my high school years to me…

She began performing in a trio, the “Roche-Martin”, with François Bernheim and her sister Violaine Sanson. Her singing is strong and melodic, with distinctive harmonies and a very strong vibrato, which often makes her lyrics difficult to understand. She often plays the piano while she is singing, but also plays the guitar.

From 1973 to 1976 Sanson was married to American rock musician Stephen Stills. Their son, Chris Stills, is also a musician. One of Veronique Sanson’s songs, "Amoureuse", was a hit in the United Kingdom for singer Kiki Dee in English translation (1973). The steamy video (caution, mature audiences only!) can be seen here.
Posted by Intelliblog at 01:55