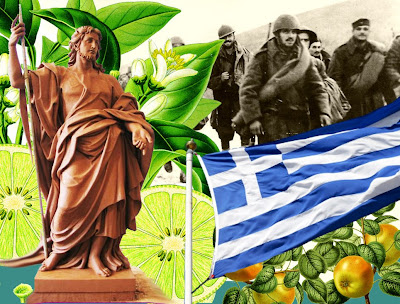 “Real knowledge is to know the extent of one’s ignorance.” – Confucius

The Seville bergamot orange, Citrus aurantia bergamia, is the birthday plant for the 28th of October. Bergamot oil is extracted from the peel of these inedible oranges. The precious oil is used in perfumery and in cooking. Perhaps the most familiar use of the oil is in flavouring Earl Grey tea. The bergamot orange signifies nobility and self-sacrifice.

It is Sts Simon and Jude’s Feast Day today. Sts Simon and Jude were two of Christ’s apostles. In some traditional accounts, they were two of the shepherds who first heard the Angels’ announcement of Christ’s nativity. St Simon was martyred by being sawn in half whilst alive. He is therefore the patron saint of millers, woodcutters and woodworkers. St Jude is invoked by those in dire straits to intercede on behalf of their lost cause. The reason why this particular saint was singled out for this is unclear, but it is suspected it is because his New Testament letter stresses that the faithful should persevere in the environment of harsh, difficult circumstances, just as their forefathers had done before them. Chestnuts were traditionally eaten on this day. Also, tradition says it is almost certain that it will be raining on this day.

A love oracle used to be performed on this day with an apple. A young, unmarried woman carefully peeled an apple so that the peel was obtained in one, continuous, unbroken thin strip. The peel was taken in the right hand, turned thrice while reciting:
St Simon and Jude, on you I intrude
By this paring I hold to discover
Without any delay, to tell me this day
The first letter of my own true lover.

The peel was then dropped over her left shoulder and when she turned she would find that the peel had formed the shape of the initial letter of her future husband. If the peel broke into many pieces, it was a sign that the woman would remain a spinster.

In Greece, today is “Okhi” Day (“No” Day). It commemorates the anniversary of the day in 1940 when Italy, backed by Hitler, sought to occupy Greece. This ultimatum, which was presented to dictator Ioannis Metaxas by the Italian ambassador in Greece, Emanuele Grazzi, on October 28, 1940, at dawn (04:00 a.m.), after a party in the German embassy in Athens, demanded that Greece allow Axis forces to enter Greek territory and occupy certain unspecified “strategic locations” or otherwise face war. The ultimatum was allegedly answered with a single word: “Okhi” or no. Most scholars dismiss the use of the word “Okhi” as an urban legend, claiming that the actual reply was the French phrase “Alors, c’est la guerre” (Then it is war). In response to Metaxas’s refusal, Italian troops stationed in Albania, then an Italian protectorate, attacked the Greek border at 05:30 a.m. Metaxas's reply marked the beginning of Greece’s participation in World War II. Those of you who have read “Captain Corelli’s Mandolin” by Luis de Bernières will recognize this historical event by the author’s account of the meeting between Metaxas and Grazzi, written from Grazzi's point of view.

The Greeks put up a valiant fight in the snow-covered mountains of northern Epirus and Albania and managed to drive back the Italian forces. The Greek victory over the initial Italian offensive of October 1940 was the first Allied land victory of the Second World War, and helped raise morale in occupied Europe. Some historians argue that it may have influenced the course of the entire war by forcing Germany to postpone the invasion of the Soviet Union in order to assist Italy against Greece. This led to a delayed attack and subjected the German forces to the conditions of the harsh Russian winter, leading to their defeat at the Battle of Moscow.

The day is a public holiday in Greece and many celebrations and parades are organized. Shops, offices, schools etc are closed, and all major towns will have a military parade. Television is dominated by coverage of the parades, special programs on the history of the Greco-Italian war and screening of Greek war movies, commemorating heroic acts during the wartime years.
Posted by Intelliblog at 00:55