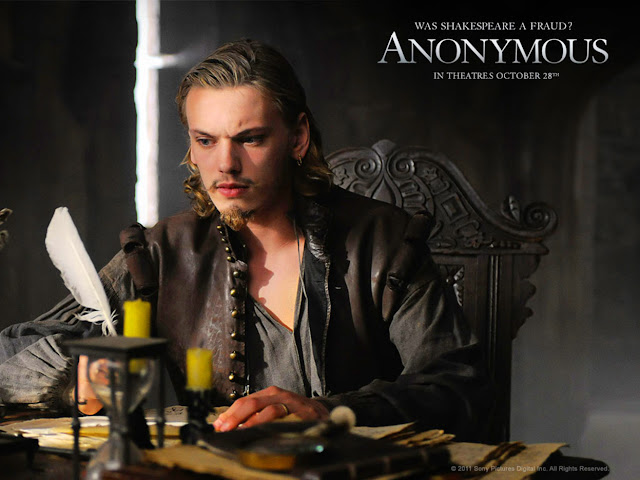 “What is wonderful about great literature is that it transforms the man who reads it towards the condition of the man who wrote.” E. M. Forster

This idea has attracted much public interest (and who doesn't love a juicy conspiracy theory?). However, all but a few Shakespeare scholars and literary historians consider it a fringe belief and for the most part disregard it except to rebut or disparage the claims.  Shakespeare’s authorship was first questioned in the middle of the 19th century, when adulation of Shakespeare as the greatest writer of all time had become widespread. Shakespeare’s biography, particularly his humble origins and obscure life, seemed incompatible with his reputation for genius, arousing suspicion that Shakespeare might not have written the works attributed to him.

The controversy has since spawned a vast body of literature, and more than 70 authorship candidates have been proposed, including Francis Bacon, the 6th Earl of Derby, Christopher Marlowe, and Edward De Vere the 17th Earl of Oxford. Supporters of alternative candidates argue that theirs is the more plausible author, and that William Shakespeare lacked the education, aristocratic sensibility, or familiarity with the royal court that they say is apparent in the works.

Shakespeare scholars say that biographical interpretations of literature are unreliable in attributing authorship, and that the convergence of documentary evidence used to support Shakespeare’s authorship (title pages, testimony by other contemporary poets and historians, and official records) is the same used for all other authorial attributions of his era. No such supporting evidence exists for any other candidate, and Shakespeare's authorship was not questioned during his lifetime or for centuries after his death.

In the book “Shakespeare Identified”, published in 1920, J. Thomas Looney, an English schoolteacher, proposed Edward De Vere the 17th Earl of Oxford as a candidate for the authorship of Shakespeare’s works. His theory was based on perceived analogies between Oxford’s life and poetic techniques in Shakespeare’s plays and sonnets. It supplanted an earlier popular theory involving Francis Bacon. Academic consensus rejects all alternative candidates for authorship, including the Earl of Oxford.

At the weekend we saw a film that is based on this idea that Edward De Vere the 17th Earl of Oxford was the “real” Shakespeare. That is, the film takes it as a given that he was the true author of the works attributed to Shakespeare. This was the 2011 Roland Emmerich film, “Anonymous”, starring Rhys Ifans, Vanessa Redgrave, Rafe Spall and David Thewlis. It is obviously a film that capitalizes on the Shakespeare authorship debate and is a worthy counterfoil to the older “Shakespeare in Love” that was more sympathetic to the Bard of Avon.

The film is entertainment and fiction rather than a historically accurate documentary that probes the truth. Having made that quite clear at the outset, it doesn’t matter one iota who really was the author of Shakespeare’s works. The film tends to make short shrift of the real Shakespeare’s literary talents (non-existent) and attributes all the works of Shakespeare to the Earl of Oxford. This backbone of the story is enriched by plenty of detail and subplot, as well as plotting and intrigue in the court of Elizabeth I.
We enjoyed the film, although the flashbacks/flash-forwards tended to be annoying at times. It is an amusing conceit and if one completely forgets the historical inconsistencies and accepts the thesis of the plot, one can be entertained for a couple of hours. Just don't expect a learned documentary…
Posted by Intelliblog at 01:22