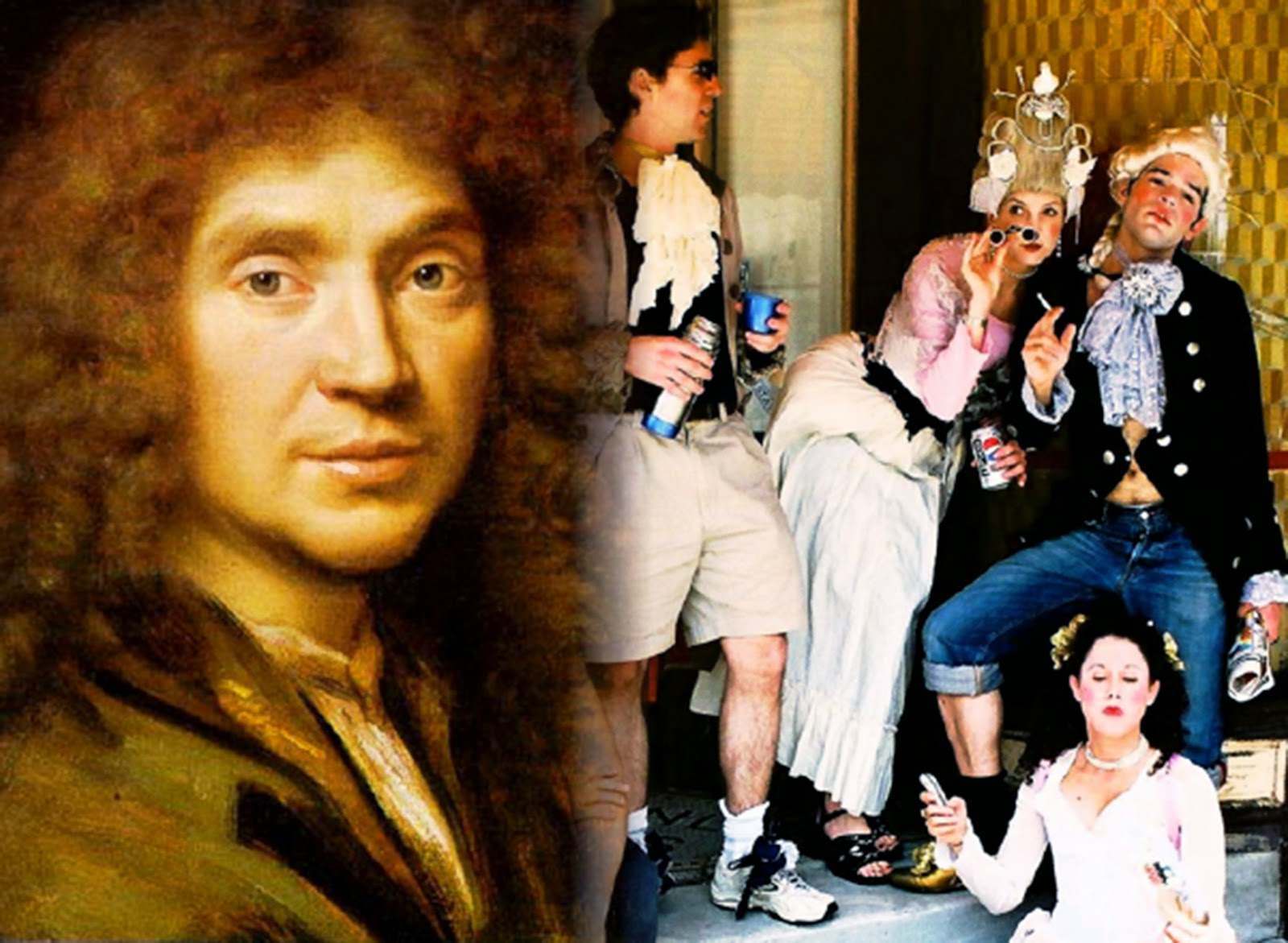 “Doubts are more cruel than the worst of truths.” – Molière

Molière (1622-1673) is the pseudonym of Jean Baptiste Poquelin, who was a French actor and playwright, the greatest of all writers of French comedy. Among Molière’s best-known dramas are “L’ École Des Femmes” (1662, School for Wives), “Tartuffe, Ou L’ Imposteur” (1664, Tartuffe, or the Impostor), “Le Misanthrope” (1666, The Misanthrope), “L’ Avare” (1668, The Miser), and “Le Bourgeois Gentilhomme” (1670, The Bourgeois Gentleman). His masterpieces are those plays in which, attacking hypocrisy and vice, he created characters that have become immortal types, such as the hypochondriac Argan, Tartuffe, the hypocrite, Harpagon, the miser, and Alceste, the misanthrope.

A certain word, “prose” seems to confound some people and only yesterday I read this word used in relation to a poem. I am quoting here a short extract from "Le Bourgeois Gentilhomme" that illustrates very nicely the word and resolves the confusion that M. Jourdain as well as some other people are suffering from. The conversation in this extract is between the hero of the play, Monsieur Jourdain, a shopkeeper who has made a fortune and wishes to be admitted into the aristocratic circles and a Professor of Philosophy that M. Jourdain has employed to cultivate his mind. M. Jourdain wishes to seduce a pretty woman of the aristocracy and make her his mistress:

PROF. PHILOSOPHY. Undoubtedly (it would be gallant to write her a letter). Is it verse you wish to write to her?
MR. JOURDAIN. Oh no; not verse.
PROF. PHIL. You only wish for prose?
MR. JOUR. No. I wish for neither verse nor prose.
PROF. PHIL. It must be one or the other.
MR. JOUR. Why?
PROF. PHIL. Because, Sir, there is nothing by which we can express ourselves except prose or verse.
MR. JOUR. There is nothing but prose or verse?
PROF. PHIL. No, Sir. Whatever is not prose is verse; and whatever is not verse is prose.
MR. JOUR. And when we speak, what is that, then?
PROF. PHIL. Prose.
MR. JOUR. What! When I say, “Nicole, bring me my slippers, and give me my night-cap”, is that prose?
PROF. PHIL. Yes, Sir.
MR. JOUR. Upon my word, I have been speaking prose these forty years without being aware of it; and I am under the greatest obligation to you for informing me of it. Well, then, I wish to write to her in a letter, “Fair Marchioness, your beautiful eyes make me die of Love”; but I would have this worded in a genteel manner, and turned prettily.

So our word of the day today:
prose |prōz| noun
1 written or spoken language in its ordinary form, without metrical structure: A short story in prose | [as adj. ] a prose passage.
• figurative plain or dull writing, discourse, or expression: Medical and scientific prose.
2 another term for sequence (sense 4).
verb
1 [ intrans. ] talk tediously : prosing on about female beauty.
2 [ trans. ] dated compose or convert into prose.