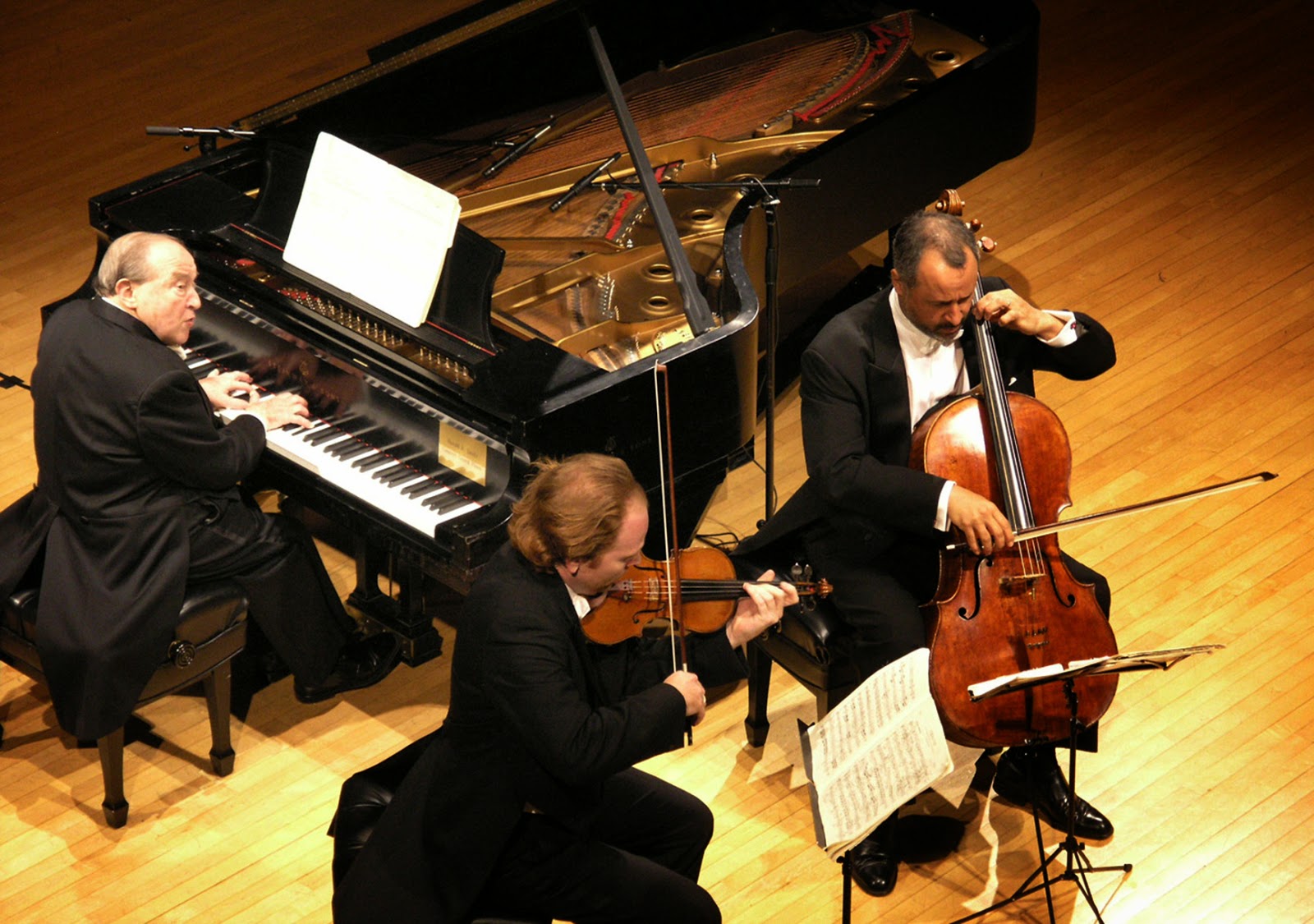 “Life is like a piano. What you get out of it depends on how you play it.” - Tom Lehrer

The first Piano Trio was published in 1840 and has since been recognised as one of the composer’s best chamber works (along with his Octet, Op. 20) and is one of his most popular. It is a lively, melodic piece that is satisfying to perform as well as listen to. After his initial work on the Trio, Op. 49, Ferdinand Hiller, a pianist and friend of Mendelssohn, suggested the composer revise the piano part to make it more brilliant. It was this trio that prompted Schumann, in a review, to assert that, “Mendelssohn is the Mozart of the nineteenth century, the most illuminating of musicians....”

Without introduction, the cello states the song-like main theme of the first movement against a syncopated accompaniment in the piano. Later, the violin joins the cello with a distorted version of the theme. Variations of the theme fill the transition to the second subject, an arching melody on the dominant that is also introduced by the cello. Mendelssohn fragments and layers both themes in the development, which does not stray very far from D minor, the key on which the movement closes. In the recapitulation, Mendelssohn adds a violin counter-melody to support the return of the main theme.

The piano introduces the second movement, Andante con moto tranquilo, with the melody in the right hand and the accompaniment divided between the hands, as in a number of Mendelssohn’s Songs Without Words (especially Op. 62, No. 1). Below this, the bass line in the piano walks along methodically and must be carefully balanced with the accompanying figure and the melody. After the piano states the lyrical, eight-measure theme, the violin repeats it with a counterpoint in the cello.

Mendelssohn’s Scherzo is concise and light. As in the Andante, the piano first states the main theme, which begins to reduce itself to fragments almost immediately. A rhythmic germ from the first theme permeates the movement, except in the more lyrical central section, the theme of which resembles material from the first movement.

After its first few pages, the Finale begins to sound heavy handed, largely because of the busy piano part. All types of keyboard writing occur in the movement, from close-position chords to swirling arpeggios and chromatic octaves. The cantabile moments are refreshing, as is the shift to D major shortly before the close.
Posted by Intelliblog at 12:15