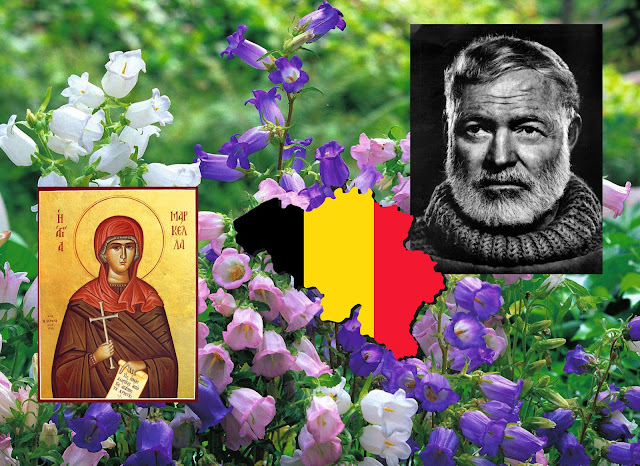 Today’s birthday flower is the Canterbury bell, Campanula medium.  In the language of flowers, it is a plant signifying gratitude and constancy in the face of adversity.  It is dedicated to St Augustine.

Belgium is one of the Low Countries, formerly called Flanders, gaining its independence from the Netherlands in 1830. It has a low coastline onto the North Sea, which gives way to a fertile plateau in the North and then the land rises to the South towards the forested mountains of the Ardennes. Rainfall is frequent, the climate cool and mild, the weather changeable. The major crops are cereals, root crops, vegetables and flax. Meat and dairy products are also produced and the only mineral resource is coal. Metal and engineering industries are important contributors to the economy. The capital is Brussels, which is also the headquarters of the European Union. Other important cities are Ostend, Antwerp, Ghent, Liège, Charleroi and Bruges.
Posted by Intelliblog at 03:46