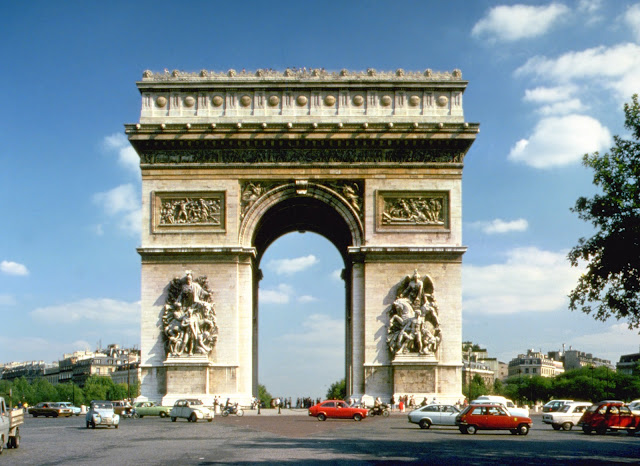 “Far better is it to dare mighty things, to win glorious triumphs, even though checkered by failure... than to rank with those poor spirits who neither enjoy nor suffer much, because they live in a gray twilight that knows not victory nor defeat.” - Theodore Roosevelt 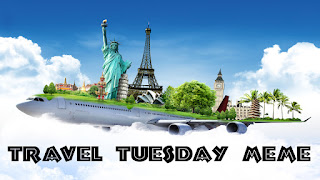 The Arc de Triomphe de l'Étoile (Triumphal Arch of the Star) is one of the most famous monuments in Paris. It stands in the centre of the Place Charles de Gaulle (originally named Place de l'Étoile), at the western end of the Champs-Élysées. It should not be confused with a smaller arch, the Arc de Triomphe du Carrousel, which stands west of the Louvre. The Arc de Triomphe honours those who fought and died for France in the French Revolutionary and the Napoleonic Wars, with the names of all French victories and generals inscribed on its inner and outer surfaces.

Beneath its vault lies the Tomb of the Unknown Soldier from World War I. The Arc de Triomphe is the linchpin of the Axe historique (historic axis) – a sequence of monuments and grand thoroughfares on a route that runs from the courtyard of the Louvre to the Grande Arche de la Défense. The monument was designed by Jean Chalgrin in 1806 and its iconographic program pits heroically nude French youths against bearded Germanic warriors in chain mail. It set the tone for public monuments with triumphant patriotic messages.

The monument stands 50 metres in height, 45 m wide and 22 m deep. The large vault is 29.19 m high and 14.62 m wide. The small vault is 18.68 m high and 8.44 m wide. Its design was inspired by the Roman Arch of Titus. The Arc de Triomphe is built on such a large scale that, three weeks after the Paris victory parade in 1919 (marking the end of hostilities in World War I), Charles Godefroy flew his Nieuport biplane through it, with the event captured on newsreel (see below). It was the tallest triumphal arch in existence until the completion of the Monumento a la Revolución in Mexico City in 1938, which is 67 metres high. The Arch of Triumph in Pyongyang, completed in 1982, is modelled on the Arc de Triomphe and is slightly taller at 60 m.
This post is part of the Our World Tuesday meme,
and also part of the Ruby Tuesday meme,
and also part of the Wordless Wednesday meme.

Add your own travel posts using the Linky tool below:
Posted by Intelliblog at 02:48