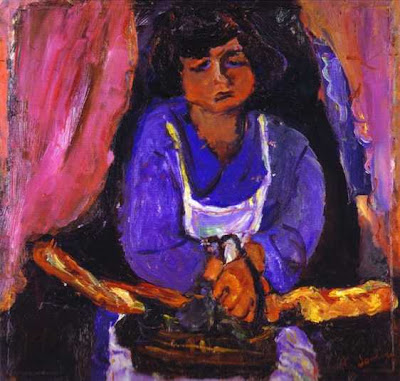 “Every artist dips his brush in his own soul, and paints his own nature into his pictures.” - Henry Ward Beecher

Chaim Soutine (1893-1943) was born in Russia and brought up in a Lithuanian Jewish ghetto where he encountered community opposition for his propensity for drawing images, which contravened Talmudic law. He arrived in Paris in 1913, where he initially lived in desperate poverty. In 1915 he met Modigliani, with whom he developed a close friendship. His work was tenuously connected with the Parisian mainstream, but has a recognisable debt to Fauvism and Expressionism. Although his financial condition improved suddenly after 1923 through growing patronage, he continued to produce disturbing works in which extremely distorted images were painted with intensely heightened colours.