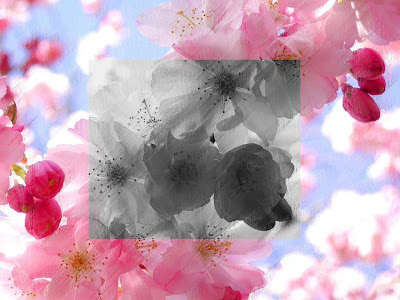 “To be interested in the changing seasons is a happier state of mind than to be hopelessly in love with spring.” - George Santayana

Spring is supposed to be a joyful season, but still there’s many a tradition and legend that looks at Spring through a dark prism and imbues it with a mournful air. Many old civilisations celebrated Spring’s arrival with sacrifices (sometimes human!) to ensure fertility. Others held their feasts of the dead in Spring (and to marry in May’s still unlucky as the Romans considered Maius a sad and unlucky month, thus dedicated it to the dead, and celebrated no weddings in this month). The ancient Greeks honoured their dead in March with a feast of flowers. In ancient Egypt, the Spring Harvest Festival began to be celebrated on the Spring equinox. The festival honoured the goddess Isis, the mother-goddess who also protected the dead and was the patroness of sailors. Rituals were carried out in her honour and sacrifices were made. Lent is a solemn Spring festival, often lasting well into the middle of Spring…

It was a gloomy Spring day today, with grey clouds and rain. Fleeting warm sun, cold wind, rain. Certainly a day to contemplate the solemnity of Spring and to think dark thoughts and to brood…

The equinox balances day and night
And sun aligns itself most carefully.
Spring showers turn to rain
And iron weeps rust.

The air is warmer, birds soar into flight
But moon wanes most mournfully.
The deep ache turns to pain
And dreams into dust.

Spring is a most melancholy season
Despite the wild burgeoning of green.
Flowers suit more the grave,
And bitter thought.

I try to find in all a rhyme, a reason,
But deep down is my vengeful spleen;
How easier if all I forgave
No longer fought…