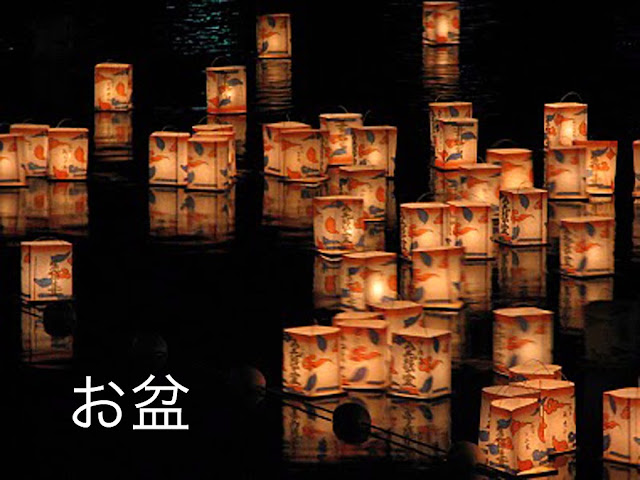 Obon is one of the most important cultural traditions of the Japanese. It is a Buddhist festival and is traditionally a period of praying for the repose of the souls of one’s ancestors. Prayers are said especially for anyone who has died in the previous year as it is believed that they need more guidance to find their way. People believe that their ancestors’ spirits come back to their homes to be reunited with their family during Obon.

The festival was started in the 7th century although many of the events have changed and it is one of the most significant and enjoyable of the Japanese festivals. It goes by a variety of names, the most popular of which is “The Festival of the Dead”. People clean their houses and offer a variety of food such as vegetables and fruits to the spirits of ancestors in front of the butsudan (Buddhist family altar). The butsudan is decorated with flowers and chouchin (paper lanterns). On the 13th, chouchin are lit inside houses, and people go to their family’s graves to call their ancestors’ spirits back home. This custom is called mukaebon. In some regions, fires called mukaebi are lit at the entrances to homes to guide the ancestors’ spirits.

Bon odori (folk dances) are customary during Obon. The kind of dance varies from area to area. People wearing yukata (summer kimono) go to the neighbourhood bon odori hall and dance around a yagura stage. Anyone can participate in bon odori, and everyone is invited to join the circle of dancers and imitate what others are doing. Usually, taiko drums keep the rhythms in bon odori.
Posted by Intelliblog at 01:49