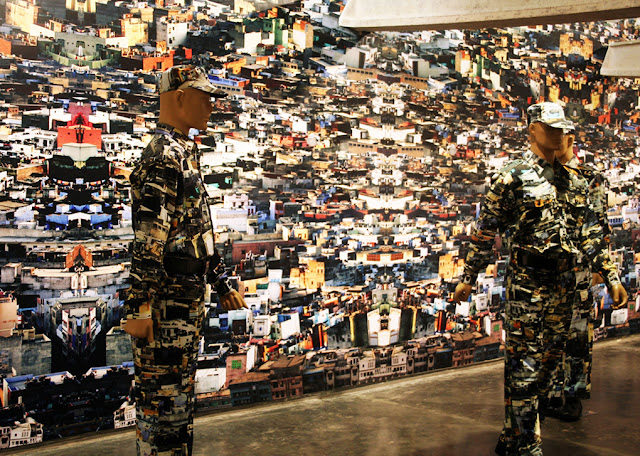 “Cities all over the world are getting bigger as more and more people move from rural to urban sites, but that has created enormous problems with respect to environmental pollution and the general quality of life.” - Alan Dundes

The Singapore Art Museum (SAM) was opened in January 1996. Its mission is to preserve and present the art histories and contemporary art practices of Singapore and the Southeast Asian region. SAM has amassed one of the world’s largest public collection of modern and contemporary Southeast Asian artworks. It is housed in a restored 19th century mission school, which can be found in the very heart of the city. It draws from its collection and collaborates with leading international museums to present shows covering both local and international art practices, as well as cutting edge art expressions. Contemporary art of the region is given international exposure through the museum’s travelling exhibition programme and collection loan.

The museum’s extension building, SAM at 8Q, was opened in August 2008, and expanded the museum’s contemporary art space to present fresh, multi-disciplinary, interactive and community-oriented exhiobitions. Today, SAM is a place where the public can directly experience the diversity of contemporary art practices ranging from painting and sculpture, to installation, film and video, photography, new media, performance art and sound art. It is a rich place where one can experience the work and ideas of living artists of Southeast Asia, and relate to the region’s unique aesthetic and social context. SAM is also the organiser of the Singapore Biennale 2011.

One of the striking works exhibited there currently is “Neo-Camouflage” by Indian artist Vibha Galhotra (see above). The artwork raises current urban issues such as destructiveness, overcrowding, pollution and psychological distress. It depicts how the artificial environment has become an almost uncontrollable phenomenon, overflowing and intruding public and personal spaces. “Neo-Camouflage” examines the urban landscape and suggests that human beings are easily lost within their an environment of their own making. Galhotra also imagines the need to reinvent and borrow the idea of the military fatigue (camouflage uniform) for civilian use as if it is needed to blend in and battle with the concrete jungle of the modern city. Galhotra’s art expounds the ‘brutal force of urbanisation’. The philosophical consideration of urbanisation and its effects is a subject often considered by artists from Asia and Southeast Asia, particularly those experiencing third world conditions.
Posted by Intelliblog at 01:41