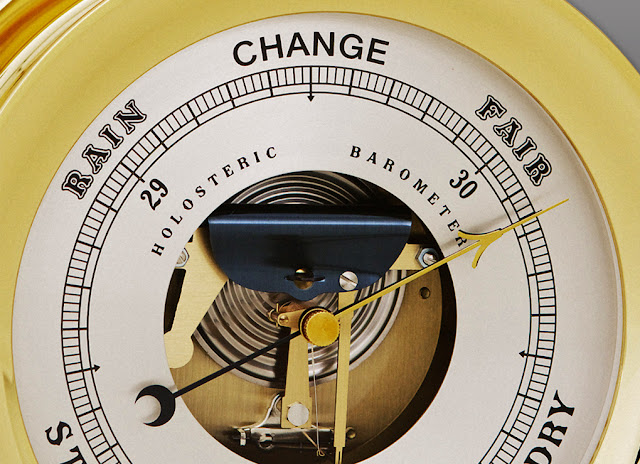 “All is flowing, ever in a state of flux. Change alone is unchanging.” – Heraclitus of Ephesus

The world is changing rapidly all around us at a terrifying pace. Regimes that are decades old tumble as revolutionaries rally in the streets; economies that once were the strongest in the world fail; once underdeveloped countries are now becoming dominant powers worldwide; people struggle to cope with the unleashed fury of the elements as climate variation seems to threaten our lifestyle, our cities, our environment. News of disasters from all over the world seem to underline the changing conditions of our existence and many people are terrified of all the change that is happening all around them.

When we first moved to Australia, the currency had changed from the old imperial pounds/shillings/pence system to the decimal dollars/cents system. I was fascinated to learn that an elderly lady had committed suicide because she could not cope with such a drastic change. The story of the old woman who killed herself because she could not cope with change amused me and repelled me, captivated my interest and my young mind attempted to understand it. I, of course, was no stranger to change, having just moved house all the way around the world and having to cope with a new language, new friends, new house, new language, new customs… A change of currency seemed such a piddly matter!

Change frightens most people. It forces them to move out of their comfort zone and they have to cope with new situations that challenge them in a multiplicity of ways. Routine bores us, but it provides such a security blanket for us that only when the routine is disrupted do we realise how comfortable its humdrum monotone is. We are lulled by habit, comforted by the schedule of our ordinary life, able to function with predetermined steps in procedures that are well rehearsed. No wonder change makes feel uncomfortable.

Libya is following in the steps of Egypt and the populace has risen up to demand its freedom and self-determination. The old regime holds onto power with carious tooth and bitten, cracked nail. The impassioned diatribe of the despot screaming at the people through the mass media has the appeal of a broken record stuck on a groove, repeating threat upon threat. The echoes of gunfire punctuate the violent words, as violent deeds cause innocent blood to be spilt on soil that both sides call “homeland”.

This was a change that was long time coming. The world is poised on the cusp of an enormous social transformation, which seems to mirror the environmental changes around us. Our politics, our economy, our environment, every aspect of our existence will be transformed. In five years time we shall look back and be confronted by a foreign world that we shall remember and feel… What shall we feel? Nostalgia? Fear? Relief? Regret? Sorrow? Happiness? Maybe all of these. It will depend on who you were and you are; where you lived and where you live; what you had and what you have.

change | ch ānj| verb
1 Make or become different: [ trans. ] A proposal to change the law| [ intrans. ] A Virginia creeper just beginning to change from green to gold.
• Make or become a different substance entirely; transform: [ trans. ] Filters change the ammonia into nitrate [ intrans. ] Computer graphics can show cars changing into cheetahs.
• [ intrans. ] Alter in terms of: The ferns began to change shape.
• [ intrans. ] (of traffic lights) Move from one color of signal to another.
• (of a boy's voice) Become deeper with the onset of puberty.
• [ intrans. ] (of the moon) Arrive at a fresh phase; become new.
2 [ trans. ] Take or use another instead of: She decided to change her name.
• Move from one to another: She changed jobs incessantly | Change sides.
• Exchange; trade: The sun and moon changed places.
• [ intrans. ] Move to a different train, airplane, or subway line.
• Give up (something) in exchange for something else: We changed the shades for vertical blinds.
• Remove (something dirty or faulty) and replace it with another of the same kind : Change a light bulb.
• Put a clean nappy on (a baby or young child).
• Engage a different gear in a motor vehicle: [ trans. ] Wait for a gap and then change gears | figurative With business concluded, the convention changes gear and a gigantic circus takes over the town.
• Exchange (a sum of money) for the same amount in smaller denominations or in coins, or for different currency.
• [ intrans. ] Put different clothes on: He changed for dinner.
PHRASAL VERBS
Change over Move from one system or situation to another: Crop farmers have to change over to dairy farming.
DERIVATIVES
changeful |ˈ ch ānjfəl| adjective
ORIGIN Middle English: from Old French change (noun), changer (verb), from late Latin cambiare, from Latin cambire ‘barter,’ probably of Celtic origin.
Posted by Intelliblog at 22:12