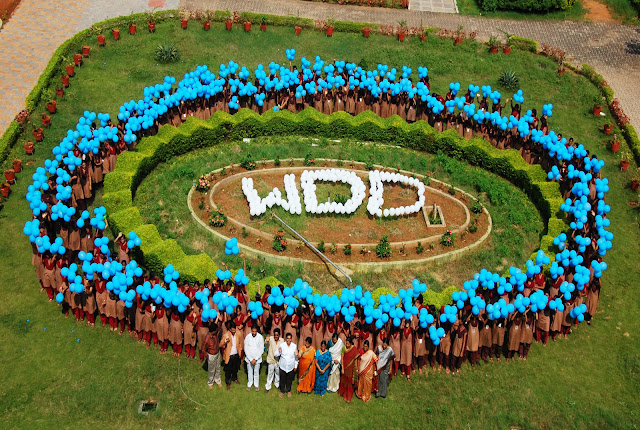 “No disease that can be treated by diet should be treated with any other means.” - Maimonides
November 14 is World Diabetes Day. The World Diabetes Day campaign is led by the International Diabetes Federation (IDF) and its member associations. It engages millions of people worldwide in diabetes advocacy and awareness. World Diabetes Day was created in 1991 by the International Diabetes Federation and the World Health Organization in response to growing concerns about the escalating health threat that diabetes now poses. World Diabetes Day became an official United Nations Day in 2007 with the passage of United Nation Resolution 61/225. The campaign draws attention to issues of paramount importance to the diabetes world and keeps diabetes firmly in the public spotlight.
World Diabetes Day is a campaign that features a new theme chosen by the International Diabetes Federation periodically, to address issues facing the global diabetes community. While the themed campaigns last the whole year, the day itself is celebrated on November 14, to mark the birthday of Frederick Banting who, along with Charles Best, first conceived the idea, which led to the discovery of insulin in 1922. Diabetes Education and Prevention is the World Diabetes Day theme for the period 2009-2013.
Diabetes mellitus is a chronic disease that significantly affects the health of Australians. It may lead to a range of complications, which can cause disability, and reduce people’s quality of life and life expectancy. Diabetes is responsible for an enormous public health and social burden, and is one of the top 10 causes of death in Australia.

Diabetes is a long-term (chronic) condition in which the body loses its ability to control the level of glucose (sugar) in the blood. Insulin is a hormone produced by special cells in the pancreas that helps the body to convert glucose from food into energy. People with diabetes either don’t have enough insulin or their body cannot use insulin effectively, so glucose stays in the blood instead of being turned into energy, causing blood sugar levels to become high. Different insulin abnormalities cause different types of diabetes. Four main types of diabetes exist: Type 1 diabetes, type 2 diabetes, gestational diabetes and other forms of diabetes.
4% of Australians have diabetes. That’s around 898,000 people. This rate has risen from 1.5% in 1989.Between 2000 and 2009, 222,544 people in Australia began using insulin to treat their diabetes. 1 in 20 pregnancies are affected by diabetes. That was 44,000 women between 2005 and 2007. The proportion of people with diabetes in the Indigenous population compared to the proportion of people with diabetes in the non-Indigenous population 3 to 1.  Over half of adult Australians are overweight or obese, which puts them at greater risk for developing diabetes. 3 in 5 of people with diabetes also have cardiovascular disease. $990 million was spent on treating diabetes in 2004–2005, which is 1.9% of all health expenditure.
The World Diabetes Day logo is the blue circle - the global symbol for diabetes ,which was developed as part of the Unite for Diabetes awareness campaign. The logo was adopted in 2007 to mark the passage of the United Nations World Diabetes Day Resolution. The significance of the blue circle symbol is overwhelmingly positive. Across cultures, the circle symbolises life and health. The colour blue reflects the sky that unites all nations and is the colour of the United Nations flag. The blue circle signifies the unity of the global diabetes community in response to the diabetes pandemic.
Posted by Intelliblog at 10:44