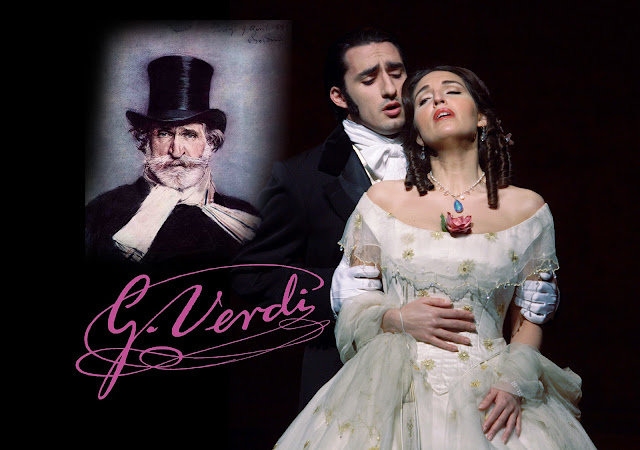 “In music the passions enjoy themselves.” - Friedrich Nietzsche

2013 is the year when the world celebrates the two-hundredth anniversary of the birth of Giuseppe Verdi (1813–1901). Verdi’s critical fortunes waned and waxed even in his lifetime, but since the days of Ernani (1844) and Rigoletto (1851), his works have aroused furore, delirious excitement, pathos and immense delight wherever opera is performed.

Verdi was perhaps a man of his tumultuous times and his music reflects this. He was born in an era in which the only known means of terrestrial locomotion was the horse-drawn carriage. When he died, a web of railways criss-crossed the Earth, and Agnelli had founded FIAT two years earlier. Two years after Verdi’s death, the Wright brothers made the first powered flight. When Verdi was born, candles and oil lamps were the only known means of illumination. When he died, the use of gaslight was widespread. Verdi was born in a divided Italy, when Europe was intent on squelching Napoléon’s armies and the ideals of liberté, égalité, and fraternité. When Verdi died, the third and final monarch of the Kingdom of Italy reigned, and socialism was spreading in Europe.

Verdi is considered with Richard Wagner the most influential composer of operas of the nineteenth century, and he dominated the Italian scene after Bellini, Donizetti and Rossini. His works are frequently performed in opera houses throughout the world and, transcending the boundaries of the genre, some of his themes have long since taken root in popular culture, as “La donna è mobile” from Rigoletto, “Libiamo ne’ lieti calici” (The Drinking Song) from La traviata, “Va, pensiero” (The Chorus of the Hebrew Slaves) from Nabucco, the “Coro di zingari” from Il trovatore and the “Grand March” from Aida.

Moved by the death of compatriot Alessandro Manzoni, Verdi wrote in 1874 the “Requiem Mass” in his honour, regarded as a masterpiece of the oratorio tradition and a testimony to his capacity outside the field of opera. Visionary and politically engaged, he remains – alongside Garibaldi and Cavour – an emblematic figure of the reunification process of the Italian peninsula (the Risorgimento).

As Mary Jane Phillips-Matz says in her book, 'Verdi: A Biography': - "To the world, as to the nation he helped to found, Verdi left an enduring legacy of music, charity, patriotism, honour, grace, and reason. He was and remains a mighty force for continuing good."

Here is the delicious Prelude from Act I of his opera “La Traviata”.