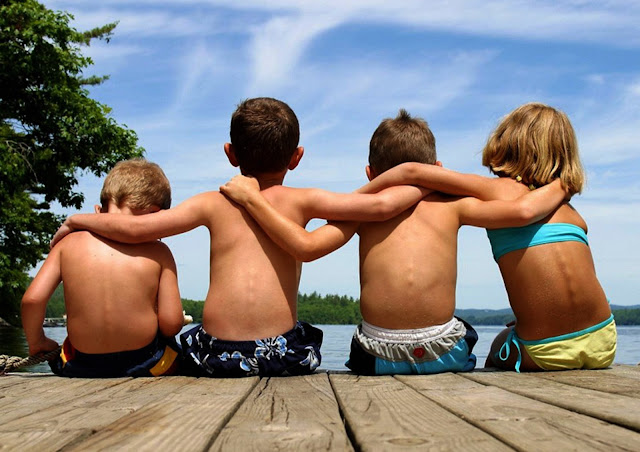 “Walking with a friend in the dark is better than walking alone in the light.” - Helen Keller

In the USA, a Friendship Day was first proposed by the greeting card industry when Joyce Hall, the founder of Hallmark cards in 1930, chose August 2nd as the day when people should celebrate their friendships by sending each other cards. This initiative was welcomed and further championed by the National Greeting Card Association in the 1930s, but failed to catch on with the public because it was seen at the time as a thinly disguised commercial ploy to sell greeting cards. By the 1940s the support for Friendship Day in the USA had diminished to the extent that the observation of Friendship Day nearly died out.

Several countries in Asia that had adopted Friendship Day, kept it alive until the UN declaration in 2011 brought it to worldwide attention once again. Friendship Day gifts such flowers, cards and jewellery are commonly exchanged amongst friends in Asia and South America. “Friendship bands”, especially, have become a traditional gift exchanged in countries like India, Nepal and Paraguay.

Since the UN’s official recognition of International Friendship Day in 2011, all Member States have been invited to observe the commemorative day in accordance with the culture and customs of their local, national and regional communities, including through education and public awareness-raising activities. The promotion of friendship and fellowship among all human beings, regardless of their race, colour or religion is a noble thing and it has resonated widely throughout the world.

“A friend,” the Heinemann Australian Dictionary defines as: “Someone whom one knows and likes well”. True enough, but rather clinical for one of the most complex and worthy of human relationships. Also a “friend” is a term that has become rather loosely used over time to define all sorts of more or less shades of meaning in several types of positive human relationships. Someone who is not our enemy is our friend, people we went to school with were our friends, the people in our neighbourhood that we greet everyday are friends, the people we are acquainted with and feel agreeable towards are our friends. But also those with whom we forge a special bond and thrive on their company when we interact with them are also our friends.

Humans are social animals and forming attachments to other people is an inevitable feature of being human. However, varying degrees of intimacy, appreciation, interaction, affection, love and regard are involved in these different types of friendly relationships. The generic term “friend”, has replaced the more specific meaning which means a person with whom we have a close and intimate relationship, with whom we form a special bond, where both people involved value and understand each other as individuals and accept and appreciate each other as they are.

I am not the first to write about friendship, nor will be the last. Many before me have very eloquently written about the inestimable value of a true friend. Perhaps the essence of friendship has been distilled by Antoine St Exupéry in “The Little Prince”. He defines friendship as a process akin to taming a wild animal, a formation of bonds. This is a good definition, for in taming something we build bridges of trust, we learn about what we tame, we understand it, we appreciate it. Establishment of bonds is a two-way process and we each gain through that effort a person who becomes different from everyone else for us, a special person. A person whom we can turn to, a person who always has time for us: “I value the friend who for me finds time on his calendar, but I cherish the friend who for me does not consult his calendar.” Robert Brault remarks. At the same time, Exupéry says, forming bonds creates responsibilities. Being a friend carries with it a mental attitude and an important code of behaviour that should be adhered to.

Friendship involves co-operation. Ralph Waldo Emerson says: “The only way to have a friend is to be one.”  Each person must contribute to the creation of the bonds and in the process get to know the other person better. Each person’s virtues and talents are appreciated, their faults and weaknesses forgiven. “True Friendship can afford true knowledge. It does not depend on darkness and ignorance. A want of discernment cannot be an ingredient in it.” Henry David Thoreau, remarks. There is trust and interdependence in friendship, respect and loyalty. True friends share their lives, the happiness and the misfortune. Especially so the sharing of good fortune and happiness, which a friend can accept without envy or jealousy as, “Too few rejoice at a friend's good fortune.” Aeschylus says.  A friend listens, understands, offers advice but doesn’t try to influence your decisions, just accepts them. Love is blind; friendship closes its eyes...

How do we choose our friends? They are not commodities to be sold and bought, we have to discover them and win them over. We need patience and forbearance, tolerance and good humour. In our friends we mirror the best part of ourselves and forgive our worst part. What initially attracts us to someone may turn to disenchantment as we get to know the person better or as their actions belie their words. A person who on first impression we dislike may win our affection and confidence as we journey on together.

The development of a friendship is like the planting of a seedling. We select what seems to be the healthiest, strongest, greenest sprout, plant it in good soil and take pains to care for it, water it, guard it from extremes of weather. We watch with delight and as the plant grows we free it from caterpillars and aphids. It buds and rewards us with an exquisite bloom. “We cannot tell the precise moment when friendship is formed.” Says James Boswell, “As in filling a vessel drop by drop, there is at last a drop which makes it run over. So in a series of kindnesses there is, at last, one which makes the heart run over.”

I share many of my interests with my friends, but at the same time I value those things that interest my friends and I have no experience of or no regard for. I agree with many of my friends’ opinions but I have built friendships where the other person has an opinion that is diametrically opposed to mine. I accept, tolerate and respect that difference in opinion. There is a broadening of experience and enrichment of existence that comes with friendship, a new knowledge and a discovery of unknown things. Together we complement one another, we learn from one another, we depend on one another. Despite our differences we are united. Friends help you move – Real friends help you move dead bodies...

Truth and frankness are important in a friendship but being tactful and keeping one’s criticisms to oneself at certain critical times is also important. Mignon McLaughlin remarks on the matter: “It is important to our friends to believe that we are unreservedly frank with them, and important to friendship that we are not.” Nevertheless, a friend forgives, accepts, empathises: “Your friend is that man who knows all about you, and still likes you.” says Elbert Hubbard. We look at our friends’ actions and we comment on them, we judge, but do not condemn. Arnold Bennett encapsulates this well in his epigram: “It is well, when judging a friend, to remember that he is judging you with the same godlike and superior impartiality.”

The value of a true friendship is further appreciated when we discover for one reason or another that someone whom we considered as a true friend has betrayed us. This may happen because of a multitude of reasons, but as E.M. Forster says, “If I had to choose between betraying my country and betraying my friend, I hope I should have the guts to betray my country.” When one is betrayed by a friend, the feeling is one of disillusionment, bitterness, dismay and scorn. When we lose someone we considered a true friend, it is as if the person had died, or as if something within us died for as Aristotle says: “What is a friend? A single soul dwelling in two bodies.”


Happy Friendship Day, share a little of it with some of your friends!
Posted by Intelliblog at 01:18