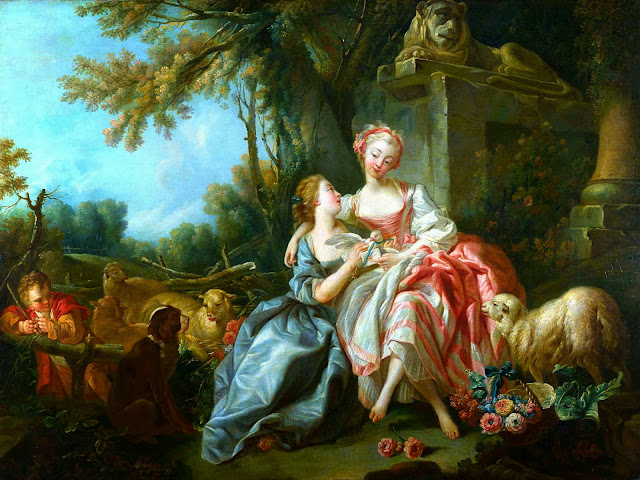 “Many people die with their music still in them. Why is this so? Too often it is because they are always getting ready to live. Before they know it, time runs out.” - Oliver Wendell Holmes

Telemann wrote a lot of very good chamber music, but these Parisian Quartets show him at his best. They are full of wonderful melodies, and some amazing rhythmic quirks. If Telemann had not been so prolific, these works would be considered absolute masterpieces on the order of the Brandenburg Concertos of Bach - they are that good!

This is by far the best recording of these Quartets. The Kujiken brothers are skilled players of their instruments - a great achievement for self-taught musicians. Their version of these works of Telemann is fulfilled with virtuosity and panache, doing justice for the technically demanding scores. But there’s more than just technique. You will find a treasure trove of amazing, artful and delightful music in these works and their exceptional interpretation.

The painting is “The Love Letter” by François Boucher.
Posted by Intelliblog at 13:51