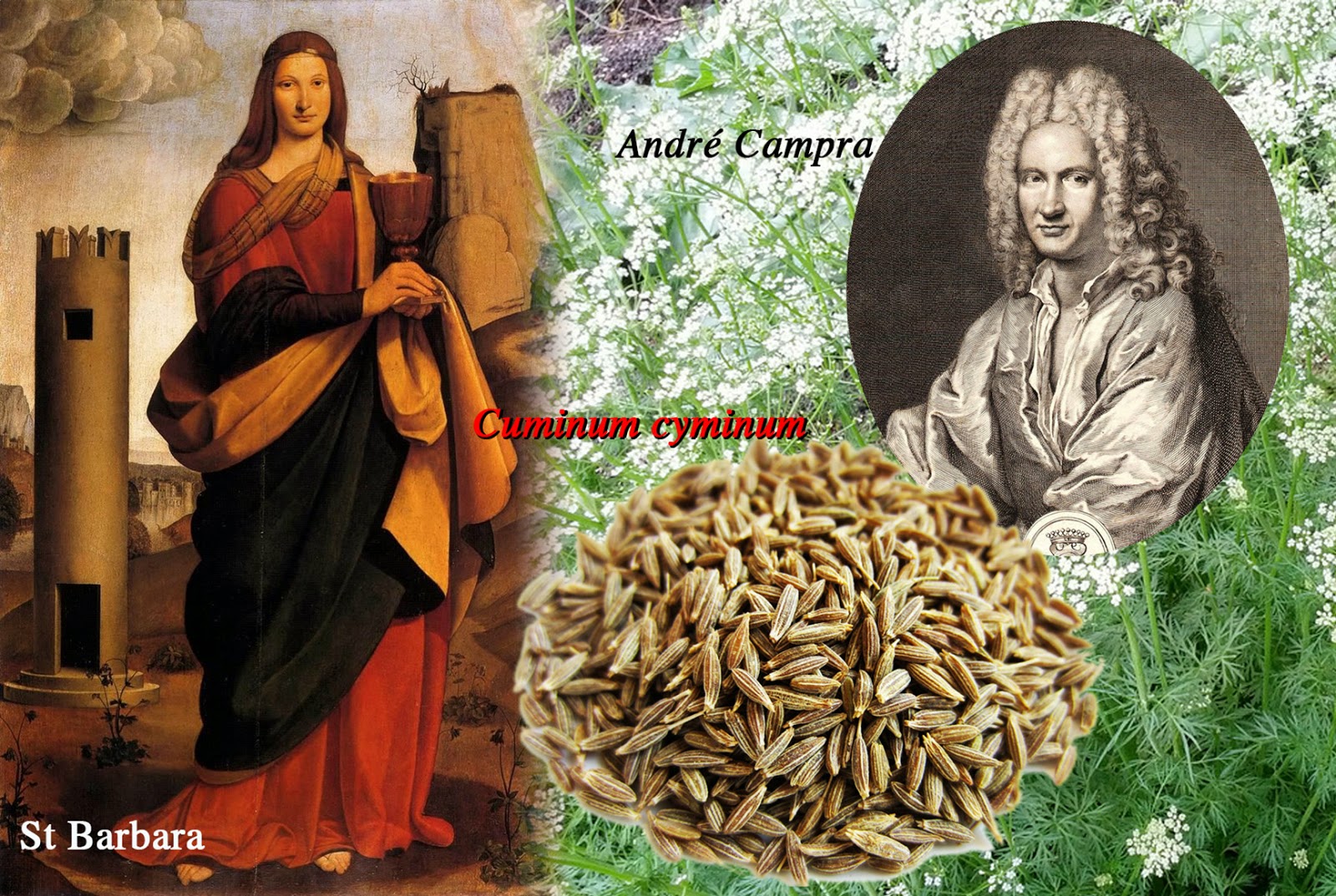 The birthday plant for this day is cumin, Cuminum cyminum.  It has a long history of culinary use and its ground seeds are an essential ingredient of curry powder and mixed spice mixtures. The seeds are also used to flavour breads, cakes, cheese, sausages and other sweet and savoury dishes.  The cumin symbolises renewed affection and the seed in the language of flowers implies: “I shall await your arrival”.

St Barbara was beautiful young princess who was imprisoned in a high tower so that her many suitors were discouraged.  One of handmaidens smuggled in some Christian books to her and she embraced the Christian faith with much fervour.  When her father learned of her conversion he handed her over to be tortured as she would not renounce her new faith.  In the end, he beheaded her himself, upon which he was instantly struck dead by lightning.  Therefore, she is invoked against tempests and storms and she is the patron saint of artillery men and gunners, makers of fireworks and explosives.