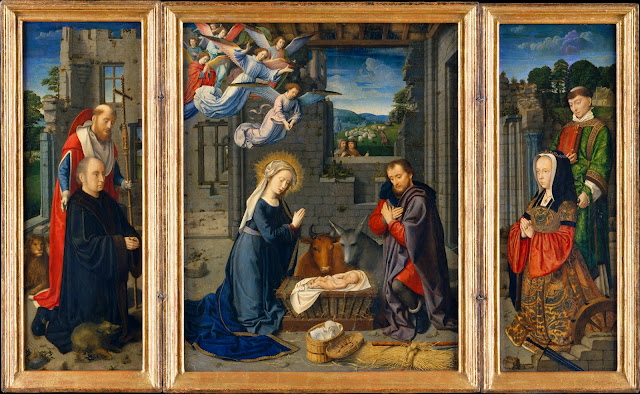 “Christmas, my child, is love in action. Every time we love, every time we give, it’s Christmas.” - Dale Evans

The Christmas Oratorio (German: Weihnachts-Oratorium), BWV 248, is an oratorio by Johann Sebastian Bach intended for performance in church during the Christmas season. It was written for the Christmas season of 1734 and incorporates music from earlier compositions, including three secular cantatas written during 1733 and 1734 and a now lost church cantata, BWV 248a. The date is confirmed in Bach’s autograph manuscript.

The next performance was not until 17 December 1857 by the Sing-Akademie zu Berlin under Eduard Grell. The Christmas Oratorio is a particularly sophisticated example of parody music. The author of the text is unknown, although a likely collaborator was Christian Friedrich Henrici (Picander). The work belongs to a group of three oratorios written towards the end of Bach’s career in 1734 and 1735 for major feasts, the others being the Ascension Oratorio (BWV 11) and the Easter Oratorio (BWV 249). All parody earlier compositions, although the Christmas Oratorio is by far the longest and most complex work.

The oratorio is in six parts, each part being intended for performance on one of the major feast days of the Christmas period. The piece is often presented as a whole or split into two equal parts. The total running time for the entire work is nearly three hours. The first part (for Christmas Day) describes the Birth of Jesus, the second (for December 26) the annunciation to the shepherds, the third (for December 27) the adoration of the shepherds, the fourth (for New Year's Day) the circumcision and naming of Jesus, the fifth (for the first Sunday after New Year) the journey of the Magi, and the sixth (for Epiphany) the adoration of the Magi.