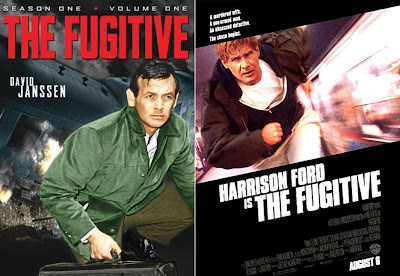 “It is in justice that the ordering of society is centered.” - Aristotle

Happy St Patrick’s Day!
Saint Patrick’s Day is a predominantly Irish holiday honouring the missionary credited with converting the Irish to Christianity in the 5th century AD. He was born around 373 AD in either Scotland (near the town of Dumbarton) or in Roman Britain (the Romans left Britain in 410 AD). His real name is believed to be Maewyn Succat. He was kidnapped at the age of 16 by pirates and sold into slavery in Ireland. During his 6-year captivity, while he worked as a shepherd, he began to have religious visions, and found strength in his faith. He finally escaped, going to France, where he became a priest, taking on the name of Patrick.

When he was about 60 years old, St. Patrick travelled to Ireland to spread the Christian word. Reputedly, Patrick had a winning personality, which helped him to convert the fun-loving Irish to Christianity. He used the shamrock, which resembles a three-leafed clover, as a metaphor to explain the concept of the Holy Trinity. Saint Patrick allegedly drove all snakes out of Ireland. This may be an allegory, as the snake was one of the revered pagan symbols.

Saint Patrick’s Day is celebrated all around the world in countries with a large Irish migrant population (e.g. Australia and the USA). In these countries people of Irish sympathy wear green and party. Green is associated with Saint Patrick’s Day because it is the colour of spring, Ireland, and the shamrock.

For Movie Monday today, I have a film I saw a while ago, which features a scene with a St Patrick’s Day parade in Chicago. I really enjoyed this film, because it brought back memories of watching TV when I was a child in the 60s. I remember watching raptly the adventures of “The Fugitive” with David Janssen. The stories of poor Dr Kimble on the run, after being falsely accused of a crime he did not commit (and sentenced to die for it) were quite amazing for my young eyes. It was a great TV show and I hope to watch some episodes again if I can get hold of them.

In 1993, Andrew Davis made “The Fugitive” into a movie inspired by the series, casting Harrison Ford as the ill-fated Dr Kimble. The film works for me and I think it is one of the few movies that have followed a TV series and have done so successfully. Tommy Lee Jones in his Oscar-winning role as Marshal Sam Gerard, plays excellent foil to Harrison Ford’s performance. It is shades of Javert and Jean Valjean in “Les Misérables”, as two acutely intellectual opponents pitch their wits and dogged persistence against each other. The psychological thriller that results is good entertainment.

There is a good mix of action, mystery, suspense and thrills-and-spills, all pinned on a story with enough substance to keep the intelligent viewer interested. The relationship that builds between the hunter and his prey is interesting on a psychological level, and what starts out as a mindless chase of an escaped convict ends up as a mutual respect between two men, who gradually understand that they are on the same side of the law.

“The Fugitive” is an intelligent movie, full of rich characterisation, enough thrills to entice even the action-movie junkie, and performances that shine forth. Good movie, go out to your DVD shop and borrow it to watch if you haven’t seen it!
Posted by Intelliblog at 00:56