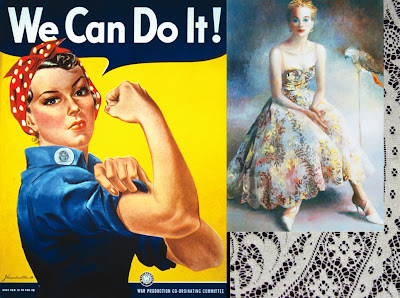 “Remember, Ginger Rogers did everything Fred Astaire did, but she did it backwards and in high heels.” – Faith Whittlesey

The U.S. celebrates Women's Equality Day each year on August 26. Congress designated this date in 1971 to honour women's continuing efforts toward full equality. Spearheading the effort was U.S. Representative Bella Abzug (D-NY). The 19th Amendment granting women the right to vote was certified as part of the U.S. Constitution on August 26, 1920. It was the culmination of a 72-year-long civil rights movement that originated at the world's first women's rights convention held in Seneca Falls, New York, in 1848. Several generations of women's suffrage supporters wrote, lectured, marched, and lobbied to achieve what many Americans considered a radical change to the Constitution. Few early supporters lived to see victory in 1920.

In 1967, Executive Order 11375 added sex to other prohibited forms of discrimination in Federal employment. In response, the U.S. Civil Service Commission established the Federal Women's Program (FWP). Today, American women are leaders in business, government, law, science, medicine, the arts, education, and many other fields. Remarkable American women have broadened opportunities for themselves and women around the world. The observance of Women's Equality Day not only commemorates the passage of the 19th Amendment, but also recognises women's continuing efforts toward full equality.

Many activities are organised in the U.S. to commemorate this day and include exhibitions, award ceremonies for special achievement, lectures, special events and cultural activities. A web page devoted to women’s achievements is to be found here: http://www.greatwomen.org/ while another website devoted to women in history is found here: http://www.nwhp.org/