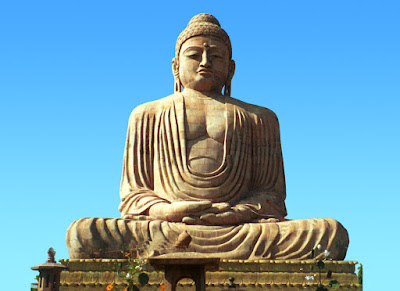 “Lovers of air travel find it exhilarating to hang poised between the illusion of immortality and the fact of death.” - Alexander Chase

Another trip to Sydney looms ahead tomorrow. I have an early flight to catch just after 6:30 am and then after a day of meetings, back to Melbourne at 6:00 pm. Commuting with an airplane rather than a train can be rather tiresome, but yesterday it took me 90 minutes to get home rather than the usual 15-minute train journey. The inconvenience and delay in getting home would have greatly irritated me and my fellow travelers, but once I learned the reason, I was very grateful that I was experiencing the delay and that I did get home at all.

As soon as I went down to the underground train station yesterday evening, where I usually catch my train home, I saw big signs advising passengers that the normal train schedules were disrupted and my line was closed until further notice. The attendants were not very helpful and only said that if I went down to the Flinders Street station I could get a bus that was replacing my train service. As this station is several blocks down, I decided to take the tram instead, a decision that seemed to be shared by many others, as the trams were packed like sardine cans. Add to that congested peak hour city traffic and a couple of delayed trams ahead of us.

I got off at Blyth St and caught the (also crowded) bus home. At home the explanation was awaiting for me on the TV news. Here is the gist of the story from the Herald Sun:

STEALING LINK TO TRAIN DEATH
Aaron Langmaid
November 06, 2008 12:00am POLICE believe a man who died yesterday afternoon when he was hit by a train had stolen items from a car only minutes earlier. The 51-year-old Reservoir man was struck by the train at North Richmond station about 4.45pm. Police investigating the circumstances of the incident later revealed the man had broken into a car on Regent St before climbing an embankment close to the train lines. "Items stolen from the car were found with the man at the scene," police spokeswoman Julie-Ann Newman said. The man was taken to the Alfred hospital but died two hours later.

I was grateful to be home, grateful to not have to steal, grateful to be alive. Some may say “karma”. But is not death too severe a penalty for such a petty crime as stealing from a car? Who knows what drove this man to steal, what need, what despair or what compulsion? He may have been a hardened criminal, he may have not been. It may have been his 100th car break-in, it may have been his first. He may have been a loner, he may have had a family. What I know is he did not go home last night. Someone must have missed him. I was 90 minutes late home and someone was worrying over me, was relieved to see me home. What of his home? Who waited and waited and waited only to be called by the police later that night…

My mind now turns to the Bali bombers awaiting execution for their crimes. Rather than trivial, their crimes are gross and heinous and made even more ghastly and detestable by the rabid hatred that inspired them under the guise of religious zeal. Amrozi, Mukhlas and Iman Samudr were recently sentenced to death by firing squad for their role in the Bali bomb attacks in October 2002, which killed 202 people, including 88 Australians. As the Bali bombers approach the end of their lives their angry rhetoric has increased with a letter from all three urging their Muslim brotherhood to “claim war and kill” everyone involved in their executions, including the Indonesian President. They say they welcome their death as this will ensure their entry into paradise. As they wait to face the firing squad they are happy because they will die martyrs for their faith…

What does a civilised society do in cases like this? In most Western countries the death penalty and corporal punishment have been abolished. I am a believer in this. Conviction of criminals should be followed by incarceration and rehabilitation. Correction rather than punishment. Education and awakening of feelings of social awareness, guilt and remorse. Yet in such cases as these of the Bali bombers I am at a loss. How does one rehabilitate such monsters? Is a change of heart possible in this instance? At what point does one give up on rehabilitation and opt for punishment? What punishment is meet for such crimes?

If karma is indeed at play here, one would argue that these criminals have had it coming. But our civilisation recoils at the thought of the primitive sentiments of “an eye for eye and a tooth for a tooth”. After all, the testament of old has been superseded by a newer one. Our society argues that a civilised person cannot stoop to the level of the murderer and commit murder itself as punishment for such a crime. It’s a vexed issue.

karma |ˈkärmə| noun
(in Hinduism and Buddhism) the sum of a person's actions in this and previous states of existence, viewed as deciding their fate in future existences.
• informal destiny or fate, following as effect from cause.
DERIVATIVES
karmic |-mik| |ˈkɑrmɪk| adjective
karmically |-mik(ə)lē| adverb
ORIGIN from Sanskrit karman ‘action, effect, fate.’
Posted by Intelliblog at 00:29