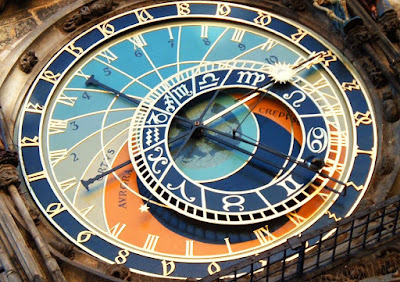 Tonight, I turn my eyes to the heavens as there are several stories in the news lately that concern heavenly bodies. First there was the 40th anniversary of the moon landing of the Apollo 11 mission on the 20th July 1969. As the astronaut Neil Armstrong climbed down from the landing module and set foot on lunar soil, he uttered the famous phrase: “That’s one small step for a man, one giant leap for mankind”. Edwin Aldrin soon followed and the two astronauts bounced about on the lunar surface with its gravity one-sixth that of earth’s.

I remember clearly that momentous event as I watched it together with half a billion people around the world on television. That was in fact watched on our first television set, bought especially for that purpose (well, it was a good excuse, anyway!). It was an amazing experience, especially for me, a young impressionable child watching history being made and witnessing the beginning of a brave new age of space exploration. Seeing the realisation of mankind’s dreams and the making of science fiction into science fact.

The second astronomical event of note, looming ahead, is the eclipse of the sun soon to occur. On Wednesday, 2009 July 22, a total eclipse of the Sun will be visible from within a narrow corridor that traverses half of Earth. The path of the Moon’s umbral shadow will begin in India and will cross through Nepal, Bangladesh, Bhutan, Myanmar and China. After leaving mainland Asia, the path will cross Japan’s Ryukyu Islands and curve southeast through the Pacific Ocean where the maximum duration of totality reaches 6 minutes 39 seconds. It will be the longest total solar eclipse in this century. The next longest total solar eclipse will happen on June 13, 2132.

This astronomical event has already begat numerous astrological discussions and predictions, especially in India, where astronomical observations and their astrological interpretation are seriously and widely pursued. Indian astrologers are of the view that the solar eclipse will usher in changes. Astrological predictions indicate that there are chances of massive floods or other disasters associated with water. Some astrologers are of the view that Capricorns, Cancers and Leos will experience some bad effects in the wake of the eclipse. Other astrologers are even more pessimistic and predict that there are chances of war and other politically related problems.

Some astrologers maintain that since the eclipse is taking place in Cancer, people governed by this sign should be careful while driving and avoid undergoing surgery for the time being. The period is not considered auspicious for Cancer, Libra, Scorpio, Capricorn and Pisces. On the other hand, the eclipse will be beneficial for signs like Aries, Taurus, Gemini, Leo, Virgo and Sagittarius. It is obvious that different astrologers will give conflicting predictions regarding the eclipse…

On July 28 and 29 the Southern Delta Aquarids Meteor Shower will be visible. The Delta Aquarids usually produce about 20 meteors (“shooting stars”) per hour at their peak. The shower will peak this year on July 28 and 29, but meteors can usually be seen from July 18 to August 18. The near first quarter moon will set early, providing an excellent viewing experience after midnight. The radiant point for this shower will be in the constellation Aquarius. Best viewing is usually to the east after midnight.

On August 6 there will be a penumbral lunar eclipse. This eclipse will be visible throughout most of the Americas, Europe, Africa, and western Asia (for a full list of astronomical events, refer to: http://www.seasky.org/astronomy/astronomy_calendar_2009.html). All of this activity in the heavens, is of course happening every year, but maybe we are paying a little bit more attention to it this year as 2009 is the International Year of Astronomy!

Don’t waste precious time gazing at stars,
Or plotting conjunctions of Venus with Mars.
Too many earthly woes and cares abound,
Our lives with thorny misery surround.

If cause of your misfortune search ye to find
Look not through telescope, nor planets mind;
Thoughts, actions, deeds must you probe
And find solutions for our troubled globe.

With outstretched hand seek that of brother,
A kindly deed will find a keen reception.
Render not ill to self or to another,
Do good, give kindness not deception –
How harder such a course, and not the other!
Easy to scan the sky, blunt our perception…