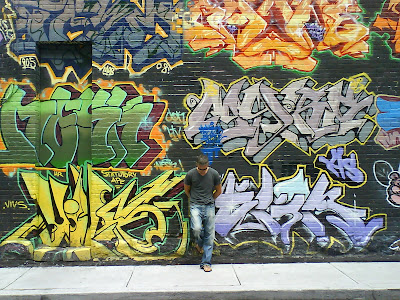 I am becoming increasingly appalled by the stories from all around the world that relate to little children being abused, mistreated, abducted, killed or otherwise going missing. What is happening to us as a society when we are allowing all of this to happen, where we read about such horrors with increasing complacency and inaction? Have we become so rotten to the core that we allow such things to occur? What we do is not enough, what laws we have in place are not deterring the offenders and the families into which these children are born are in many cases incapable of raising children, do not deserve to have children. We need a licence to own a dog, but any idiot can have a child…

The last outrageous incident that is currently in the media involves Shaniya, a 5-year-old girl in the USA who was sold by her 25-year-old mother for sex. The girl was found dead off a heavily wooded road in North Carolina by police, although it was not obvious how the girl had died. The horrors that the little girl endured in her last hours can only be conjectured and it makes me sick to even think about it. The police charged the girl’s mother with human trafficking and felony child abuse as it has become clear that little Shaniya was sold for prostitution.

The father of the little girl, who had raised her for several years, had decided to allow her to spend some time with her mother. This turn of events where the mother becomes worse than Medea, is shocking and horrifying. Medea killed her beloved children to exact her terrible revenge on the children’s father, the faithless Jason. This modern mother has committed a crime more terrible than killing her child. To sell her own child into prostitution is a crime more heinous than Medea’s.

We have become more tolerant of all manner of behaviour that in the past were considered crimes. Homosexuality is a case in point. Infidelity is another. Drug use is illicit but many a blind eye is turned on it, and how many countries around the world have discovered their police force or politicians trafficking drugs? White collar crime is more widespread and through special “deals” its perpetrators come off remarkably lightly. However, surely some things are non-negotiable! Cold-blooded extortion, blackmail, murder, slavery, child abuse, are things that every human being must naturally abhor, aren’t they? Is our society becoming remiss in its watchfulness over such crimes is our morality becoming more elastic? Are “human rights” being misinterpreted to such an extent that we are looking after the interests of the perpetrators of the crimes more so than those of the victims?

What can we do? What must we do? Harsher penalties have been suggested, and some people have even advocated that the death penalty be reintroduced. Evidence suggests that these more stringent measures are not effective deterrents. The change has to be more radical and involve society and the way that we live, the way that we are educated, the way that we are brought up. Values, morals and the ethic fabric of our society are said to have deteriorated to such an extent that the damage done to them is irreparable. A complete overhaul of the way that we live with each other, what are priorities are and what we believe in, seems to be in order.

The extreme fundamentalist religious groups, of course, will speak up and exclaim that this is what they have been clamouring about for decades now. Whether a Christian or a Moslem, a fundamentalist will find solutions to all problems in the Bible or in the Koran. God or Allah will solve all issues. However, it is often forgotten that many social problems stem from radical fundamentalism. Gross intolerance of other faiths, discrimination against other ways of life, persecution of the minorities, are all responsible for many social crimes. Needless to also remind people that in many cases, the criminal we wish to pursue, hides behind the mask of religiosity. How many born-again evangelists brimming with piety and goodwill have been revealed to be paedophiles and are thoroughly depraved? How many imams and proclaimers of Islam are guilty of crimes against women and children?

Most religions in their essence are similar in what they teach their adherents. Whether Christian, Jewish, Moslem, Buddhist, Hinduist, Zoroastrian or Baha’i, the basic message is the same: Respect other people; treat them the way you want them to treat you; make this world a better place not only for yourself, but for your fellow human beings; show compassion, mercy and charity. Surely, if we live according to what our religion recommends, then society would be a better place. But this is not the only answer. It is said that “God helps those who help themselves”. It is this maxim that we have to turn to in order to resolve our social problems.

The root of the evil is deeper than we think. When one speaks of the mores of a society, then one needs to look at the whole way in which a society functions, the way it views justice, morality, what it values and what it proscribes. How a society deals with the law and the law-breakers. What and how it rewards what it regards as meritorious, what a society regards as worthy and unworthy. What can be bought for money and what is priceless. Who it elevates to positions of power and influence, who its role models are, who its children aspire to imitate. What it values as worth preserving for posterity, what it regards as emblems of civilisation. What it views as “good” and what as “bad”, what as “ethical” and what “unethical”, what as “legal” and what as “illegal”, what as “moral” and what as “immoral”. What is an individual’s right and what is his obligation. Where the limits of liberty are and where the good of the whole has to become more important than the good of any individual component of the whole.

We have lost track of what is “good” and what is “bad”. As a society we have degenerated and we have misplaced our values. Is it a wonder that we are observing an increase in crimes against children, the most vulnerable and the most innocent in our midst?

What do you think?
Posted by Intelliblog at 00:54