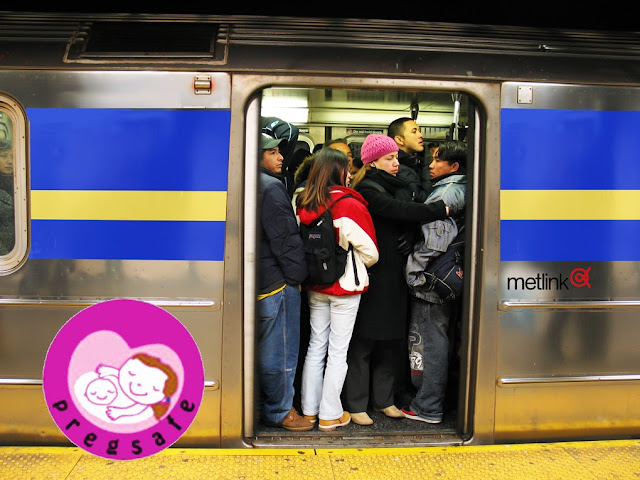 “Good manners are made up of petty sacrifices.” - Ralph Waldo Emerson

From a very young age, I was brought up to be courteous and respectful at home. This gradually extended to my interactions with people in the community at large. Both my parents and grandparents instilled into me certain rules of etiquette and common courtesy that corresponded to the “good manners” of the time. This included being respectful to my elders, not to talk back, to be helpful to others if they were in need of help, to give up my seat on the bus if someone needed it more than me. “If you can’t say anything nice, don’t say anything at all…” was a motto that I had to learn. “Be careful that you don’t hurt people’s feelings”, I was told. “Better to be tactful than apologetic”, I had to learn. When in a public place, I had to learn to watch my behaviour so that it did not offend others, I was not to be obnoxious, or loud, or disrespectful, or annoying.

You may say that I had a pretty miserable childhood, but in fact I enjoyed myself immensely and after a while found that what I did, I did because it gave me pleasure and because I could saw that other people were pleased by my behaviour. These few simple rules have stayed with me until the present time and as I grow older, I find myself to be in a minority group. People’s behaviour in public is appalling and often I watch aghast as young people especially (but not only!) behave in a manner that is selfish, offensive, vulgar, uncouth, hurtful, abusive and disrespectful towards their fellow humans.

One of the most common places for this type of behaviour to manifest itself is on public transport. During peak hour, commuters will often push and shove, jostle and jockey for a seat. Nimble high school children will rush in and occupy seats in groups and then spend the whole trip shouting to each other, utter obscenities designed to shock and engage in behaviour that is quite offensive (you may be starting to think that I am an old and bitter fuddy-duddy who has forgotten how exhilarating it was to be a carefree youth, however, this type of behaviour has also been identified as obnoxious by young people. Many people sit on the train and listen to their iPods at full blast and even if they use earphones, the music is so loud (and they are so deaf, presumably) that it creates a distracting and annoying sound pollution around them.

How many young, able-bodied people I have seen sitting in seats reserved for the elderly and infirm while a frail old man stands next to them. How many young women are sitting down leafing through magazines while a heavily pregnant woman stands next to them, obviously uncomfortable. How many people I have seen shouting into their mobile phones, engaged in a very private and intimate conversation, blithely unaware that they are embarrassing those around them. How many drunk and obnoxious passengers I have observed making the train ride uncomfortable for their fellows! Am I old fashioned? Am I an old fuddy-duddy, all bitter and twisted? I think not!

A Melbourne man finally became fed up waiting for train passengers to offer a seat to his pregnant wife. He designed a badge that she could wear to make it clear that she is pregnant. Drew Okawa created the badge after his wife’s daily trips to work each day were becoming frustrating and a source of discomfort and pain. Her state was ignored and it was unusual for someone to offer her their seat. Okawa has become organised and he has started a wide campaign to relieve the situation. The couple maintain that their campaign is basically about caring about the needs of others and feel that our community should become a little more courteous, a little more unselfish and a little more caring. The couple are so passionate about the issue that they have ordered 5000 of the badges, labelled “Pregsafe”, and started distributing them to other pregnant public transport users through medical clinics and online at their site.

This idea is not new, the concept has been operating successfully on public transport in Tokyo since 2005. Small badges (Maternity Marks) are part of an initiative in Japan to make public transport and workplaces more pregnant-friendly. When one sees the badge, one can take extra care not to bump into the woman, offer her a seat, if outside not smoke so that she inhales the smoke passively, etc. The Japanese have adopted the idea with gusto and their natural politeness redoubles when the maternity badge is observed.

Public transport in Australia is getting busier and plans are afoot to greatly increase the number of commuters per bus, train and tram. Public awareness of pregnant women, parents with small children, disabled travellers, and the elderly must be heightened and our sensitivity to those with special needs must be made keener. Mr Okawa hopes that his initiative will help us as a community to become more polite and thoughtful of these people with a need greater than us.

It is interesting that Melbourne’s transport service Metlink does not support this plan. Metlink’s Donna Watson said: “Pregnant women could wear the badge if they think it will help. However, we don’t believe badges are required.” How out of touch you must be with our public transport, Ms Watson. I wonder how often you travel by public transport! Perhaps it may be worth your while to strap on a lead belt weighing 4 or 5 kg for the day at work, and then catch the peak hour train home and remain standing for the 45 or 50 minute trip?
Posted by Intelliblog at 00:38