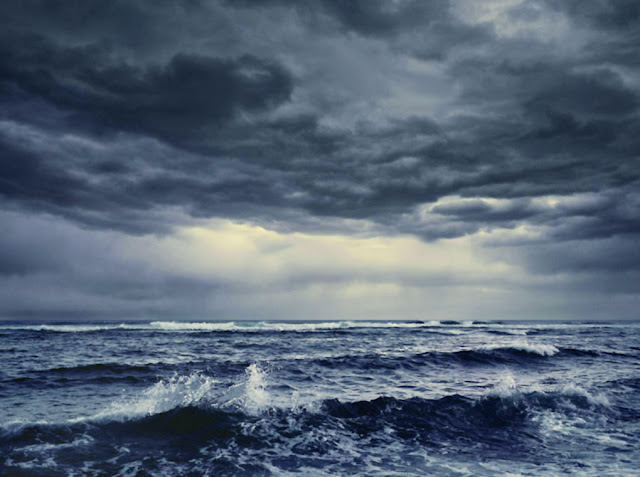 “The sea has never been friendly to man. At most it has been the accomplice of human restlessness.” - Joseph Conrad

We had a small dinner party last night, which was very pleasant. As it was midweek it finished relatively early, but we enjoyed it very much.

Today is World Oceans Day. In 2008, the United Nations General Assembly decided that, as from 2009, 8th June would be designated by the United Nations as “World Oceans Day” (resolution 63/111, paragraph 171). Many countries have celebrated World Oceans Day following the United Nations Conference on Environment and Development, which was held in Rio de Janeiro in 1992. The oceans are essential to food security and the health and survival of all life, power our climate and are a critical part of the biosphere. The official designation of World Oceans Day is an opportunity to raise global awareness of the current challenges faced by the international community in connection with the oceans.

Here is an apt poem for this day:

I MUST go down to the seas again, to the lonely sea and the sky,
And all I ask is a tall ship and a star to steer her by,
And the wheel’s kick and the wind’s song and the white sail’s shaking,
And a gray mist on the sea’s face, and a grey dawn breaking.

I must go down to the seas again, for the call of the running tide
Is a wild call and a clear call that may not be denied;
And all I ask is a windy day with the white clouds flying,
And the flung spray and the blown spume, and the sea-gulls crying.

I must go down to the seas again, to the vagrant gypsy life,
To the gull’s way and the whale’s way, where the wind’s like a whetted knife;
And all I ask is a merry yarn from a laughing fellow-rover,
And quiet sleep and a sweet dream when the long trick’s over.