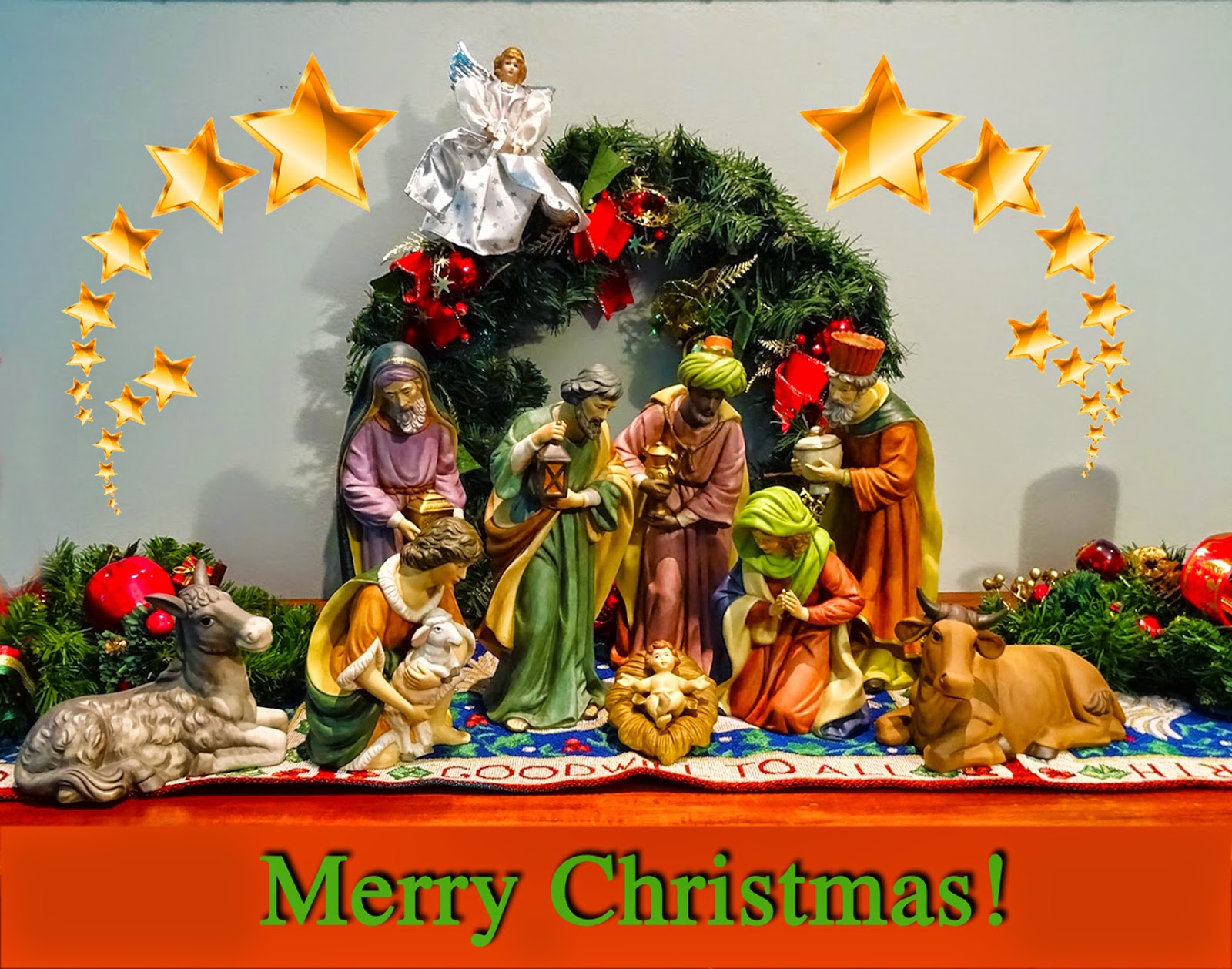 “Behold, I bring you good tidings of great joy, which shall be to all people.” - Luke 2:10

Well, it’s beginning to feel like Christmas, at long last. Yesterday, we had the Christmas decorations out and by late evening everything was up. The lights are lit, the wreaths and trees and balls send out a message of good cheer, while the holly and the mistletoe hark back to our European heritage of a wintry Christmas, although here in the Antipodes we had a top of 30˚C today! It’s interesting how here in Australia, we have preserved the Christmas traditions almost completely intact and it is only relatively recently that we are adapting to the climate and the summer celebration of Christmas.

Christmas as a Christian celebration came to supplant a pagan festival and customs relating to the ancient cults and gods were syncretised with the Christian ritual in order to absorb securely as many as possible of the new converts to Christianity. The Dies Natalis Invicti Solis was an ancient Roman festival more of a religious nature and thus important to priests predominantly. It was the Birthday of the Unconquered Sun and marked an important date on the calendar of the cult of Mithras.

The Mithraic cult was one of the chief pagan competitors to Christianity. Mithras was a sun god and his birthday fell close to the winter solstice, when the days began to lengthen and the sun once again appeared unconquered. The Christian tradition absorbed this festival and also that of the Saturnalia, thus attracting many pagans but re-interpreting their mythology according to more appropriate Christian symbolology.

Another winter solstice festival that became absorbed into Christmas was that of Yule or Jol, celebrated especially in the North, wherever the Norse pantheon held sway. Jolnir was another name for Odin, the chief god, the Norse equivalent of Zeus or Jupiter. Odin was the god of ecstasy and intoxicating drink, but also the god of death. The sacrificial beer of Odin became the blessed Christmas beer of the middle ages and also survives in the wassail cup of “lamb’s wool”.  The feasting that occurred during Yuletide also included providing food and drink for the ghosts that roamed the earth around this time (Finnish Christmas Eve tradition).  Bonfires were lit and this tradition has survived in the form of the yule log.  The Christmas tree tradition is essentially a Germanic one that may hail back to the Norse legend of Yggdrasil, the great tree on whose branches rested the universe.
The ivie and holly berries are seen,
And Yule Log and Wassaile come round agen.
At Christmas play, and make good cheer,
For Christmas comes but once a year.
Thomas Tusser (ca 1520-1580).

MERRY CHRISTMAS TO ALL, WHATEVER YOUR BELIEF OR FAITH.
CELEBRATE LIFE AND REJOICE IN THE POWER OF SELFLESS LOVE!
Posted by Intelliblog at 11:51