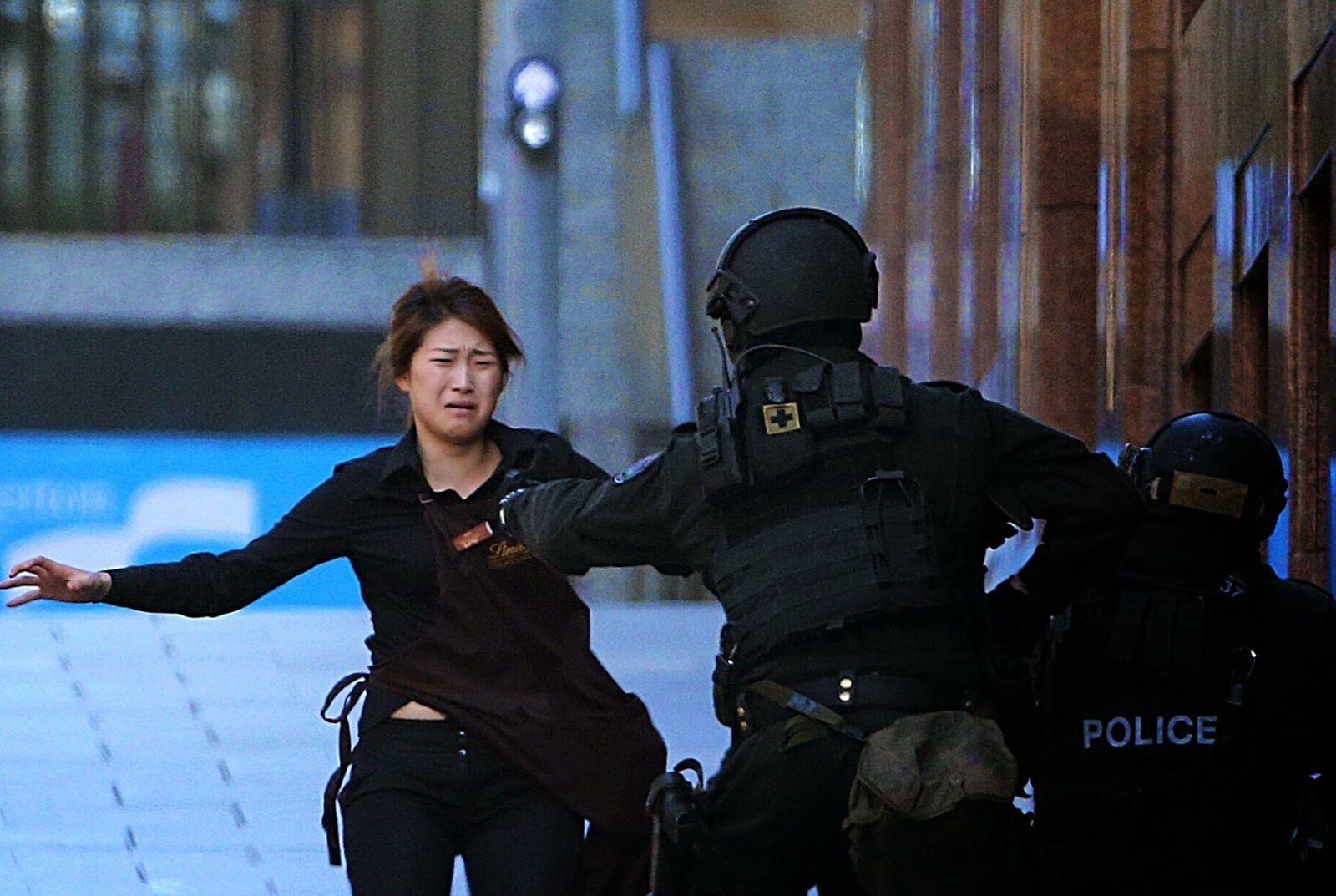 “He who does not show mercy to others, will not be shown mercy.” – Muhammad Al-Bukhârî


This week in Sydney, two people died, along with an Islamist gunman, after commandos stormed a café in the centre of the City, to bring to an end a 16-hour siege. Local media have named those who died as Lindt café manager Tori Johnson, 34 and lawyer Katrina Dawson, 38. Four people were injured, including a policeman hit by shotgun pellets. Central Sydney was put in lockdown as the gunman, identified as an Iranian refugee, seized dozens of hostages early on Monday.

The incident raised all sorts of questions about our society, the way that we administer justice, the protection we offer to people in society and the way that we deal with people who have emotional and mental problems that need treatment. It also focuses world attention on Australia, which for decades has been wrestling with the issue of “isolation” and the “tyranny of distance” from the rest of the world, both a blessing and a curse, it seems.

The gunman who took innocent victims hostage was Man Haron Monis, a self-styled sheikh who hung a flag bearing the Shahada – “There is no god but God, Muhammad is the messenger of God” in the window of the Lindt café at the beginning of the siege. There has been some speculation that Monis was acting on behalf of Islamic State. One of his demands was for an Isis flag, but Isis is yet to claim responsibility for Monis or the siege. Monis apparently was a deeply unstable person with a long history of violence and mental illness and he was on bail while waiting trial for a number of crimes, including the charge of being an accessory to the stabbing murder of his ex-wife, Noleen Hayson Pal, in December last year.

Bail is a core part of the criminal justice system and allows a person to be released from custody pending the outcome of a case against him or her, with certain conditions. Because the decision to refuse bail can impact on a person’s liberty before he or she has been convicted of an offence, it involves a careful assessment of factors including the potential risks posed to the community and the presumption of innocence.

Monis was facing two different sets of charges, the first relating to a series of sexual assault charges and the second relating to being an accessory to the murder of his former wife. He was initially refused bail on 14 April at Kogarah local court but later granted bail on 26 May at Parramatta local court. These decisions would have involved an assessment as to whether Monis might have committed a serious offence, whether he would be a danger to the community, whether he might interfere with evidence and the strength of the prosecution’s case. Questions remain as to why Monis was granted bail and whether it should have been granted, given the violent acts he committed, which resulted in his death and the death of two innocent people.

The head of the Iranian police, Ismail Ahmadi Moghaddam, has told journalists in Tehran that Monis fled Iran in the late 1990s wanted on fraud charges. He said the Iranian government had sought his extradition but Australia rebuffed that request. Rumour has it that Monis arrived as a representative of the Iranian government on a business visa and claimed political asylum later. Monis himself said he was involved with Iran’s ministry of intelligence but fell out with the regime because of his liberal views. He also said his wife and child were being kept under house arrest. The facts of the case are still unknown and an investigation will hopefully shed light on some of these questions.

As Australia becomes more and more involved in international affairs, as we begin to see our citizens becoming embroiled in political, religious, social and security affairs that are now of global concern, we need to examine the way in which our society functions so as to protect its members from events like the Sydney siege. Could our laws, our justice system and our daily life change in a beneficial way so that the quality of life we have enjoyed so far continue into the future? Or should we just bow our head down and acknowledge that the world has become a terrible place and as Australia is part this world resign ourselves to the fact that our “Golden Age” is no more?
Posted by Intelliblog at 17:52