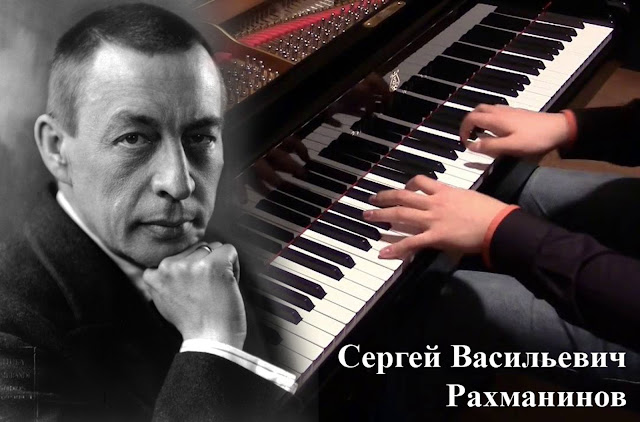 Sergei Vasilievich Rachmaninoff (Russian: Серге́й Васи́льевич Рахма́нинов; 1 April [O.S. 20 March] 1873 – 28 March 1943) was a Russian pianist, composer, and conductor of the late-Romantic period, some of whose works are among the most popular in the classical repertoire. Born into a musical family, Rachmaninoff took up the piano at age four. He graduated from the Moscow Conservatory in 1892 and had composed several piano and orchestral pieces by this time.

In 1897, following the critical reaction to his Symphony No. 1, Rachmaninoff entered a four-year depression and composed little until successful therapy allowed him to complete his enthusiastically received Piano Concerto No. 2 in 1901. After the Russian Revolution, Rachmaninoff and his family left Russia and resided in the United States, first in New York City.

Demanding piano concert tour schedules caused his output as composer to slow tremendously; between 1918 and 1943, he completed just six compositions, including Rhapsody on a Theme of Paganini, Symphony No. 3, and Symphonic Dances. In 1942, Rachmaninoff moved to Beverly Hills, California. One month before his death from advanced melanoma, Rachmaninoff acquired American citizenship.

Early influences of Tchaikovsky, Rimsky-Korsakov, Balakirev, Mussorgsky, and other Russian composers gave way to a personal style notable for its song-like melodicism, expressiveness and his use of rich orchestral colours. The piano is featured prominently in Rachmaninoff's compositional output, and through his own skills as a performer he explored the expressive possibilities of the instrument.

Here are his 10 Preludes Op.23, played by Nikolai Lugansky. Rachmaninoff resembles Chopin very much in his skill and innovation in writing miniatures. His preludes are melodic, and wonderful examples of pianistic textural innovation. The harmonic imagination is admirable and the counterpoint masterful. More than anything, a sweeping lyricism is a feature and it often turns into an epic and lush song without words.