CHRISTMAS DAY - HEALTH & PEACE TO ALL! 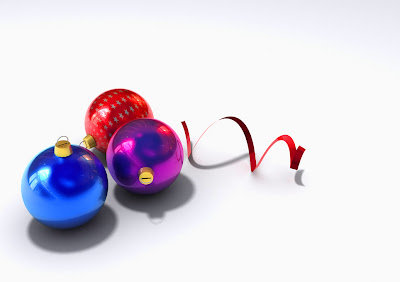 “Do you love your Creator? Love your fellow-beings first.” – Mohammed

The birthday flower for today is the Christmas rose, Helleborus niger, which is symbolic of the Nativity of Christ. In the language of flowers, the hellebore means calumny and scandal. The flower is also dedicated to St Agnes who is the patron saint of young virgins.

Light Christmas, light wheatsheaf Dark Christmas, heavy wheatsheaf.
The day on which Christmas fell prognosticates the weather and the year ahead:
If Christmas falls on a Sunday, that year shall be a warm Winter,
The Summer hot and dry, peace and quiet amongst the married folk.
If on Monday, a misty Winter, the Summer windy and stormy;
Many women will mourn their husbands.
If on a Tuesday, a cold Winter and much snow, the Summer wet,
But good peace amongst the Princes and the Kings.
If on Wednesday, the Winter naughty and hard, the Summer good,
Young people and many cattle will die sore.
If on a Thursday, the Winter mild and the Summer very good and abundant,
But many great men shall perish.
If on a Friday, the Winter neither bad nor good, the Summer harvest indifferent,
Much conflict in the neighbourhoods, treachery and deception.
If on a Saturday, Winter will snow, blow hard winds and bitterly cold,
The Summer good with a harvest full and bounteous,
But war shall rack many lands.

The Dies Natalis Invicti Solis was an ancient Roman festival more of a religious nature and thus important to priests predominantly. It was the "Birthday of the Unconquered Sun" and marked an important date on the calendar of the Mithras cult. The Mithraic cult was one of the chief pagan competitors to Christianity. Mithras was a sun god and his birthday fell close to the winter solstice, when the days began to lengthen and the sun once again appeared unconquered. The Christian tradition absorbed this festival and also that of the Saturnalia, thus attracting many pagans but re-interpreting their mythology according to more appropriate Christian symbolology.

Another winter solstice festival that became absorbed into Christmas was that of Yule or Jol, celebrated especially in the North, wherever the Norse pantheon held sway. Jolnir was another name for Odin, the chief god, the Norse equivalent of Zeus or Jupiter. Odin was the god of ecstasy and intoxicating drink, but also the god of death. The sacrificial beer of Odin became the blessed Christmas beer of the middle ages and also survives in the wassail cup of lamb’s wool. The feasting that occurred during Yuletide also included providing food and drink for the ghosts that roamed the earth around this time (see the Finnish Christmas Eve tradition from yesterday’s blog). Bonfires were lit and this tradition has survived in the form of the yule log (see December 24th). The Christmas tree tradition is essentially a Germanic one that may hail back to the Norse legend of Yggdrasil, the great tree on whose branches rested the universe.

The ivie and holly berries are seen,
And Yule Log and Wassaile come round agen.
At Christmas play, and make good cheer,
For Christmas comes but once a year.
Thomas Tusser (ca 1520-1580).
Posted by Intelliblog at 18:21