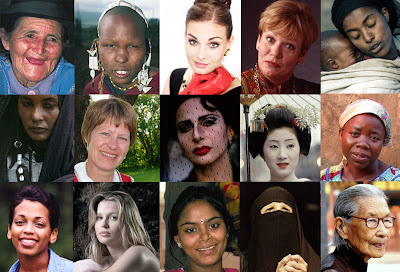 “Whatever women do they must do twice as well as men to be thought half as good. Luckily, this is not difficult.” – Charlotte Whitton

This is International Women’s Day, 2008. The first International Women's Day was launched on 8 March 1911 in Copenhagen by Clara Zetkin, Leader of the 'Women's Office' for the Social Democratic Party in Germany. This followed many years of women's campaigning dating back to British MP, John Stuart Mill, the first person in Parliament calling for women's right to vote. On 19 September 1893 New Zealand became the first self-governing nation in the world to give women the right to vote.

Equality is still a long way away for many women around the world, especially in developing countries. However, even in developed countries many women are still struggling - women are still not paid equally to that of their male counterparts, women still are not present in equal numbers in business or politics, and women's education, health and the violence against them is worse than that of men.

Each year on 8 March, thousands of International Women's Day events occur all around the world from Alaska to Zambia. IWD events range from small random informal gatherings to large-scale highly organised events that have been planned for many months. As 2011 approaches, marking the centenary of celebrations for Women’s Day, we would hope to see more women in the boardroom, greater equality in legislative rights, and an increased critical mass of women's visibility as impressive role models in every aspect of life.

For Music Saturday, an iconic song from 1972 “I Am Woman” by Australian singer Helen Reddy, who also wrote the lyrics, with music by Ray Burton. A nice twist is the tribute to the great actress Helen Mirren.