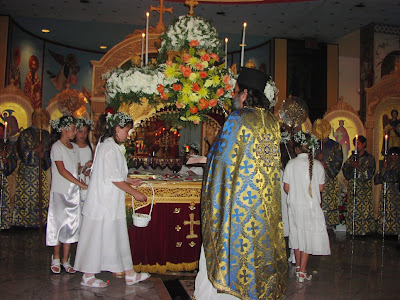 “We understand death for the first time when he puts his hand upon one whom we love.” - Madame de Staël

A solemn day today on many counts. On 25 April every year, Anzac Day is a special commemorative day for Australians and New Zealanders. It commemorates the landing of Australian and New Zealand troops at Gallipoli on 25 April 1915. The date, 25 April, was officially named ANZAC Day in 1916.

ANZAC stands for Australian and New Zealand Army Corps. In 1917, the word ANZAC meant someone who fought at Gallipoli and later it came to mean any Australian or New Zealander who fought or served in the First World War. During the Second World War, ANZAC Day became a day on which the lives of all Australians lost in war time were remembered. The spirit of ANZAC recognises the qualities of courage, mateship and sacrifice which were demonstrated at the Gallipoli landing.

Commemorative services are held at dawn on 25 April, the time of the original landing, across the nation, usually at war memorials. This was initiated by returned soldiers after the First World War in the 1920s as a common form of remembrance. The first official dawn service was held at the Sydney Cenotaph in 1927, which was also the first year that all states recognised a public holiday on the day. Initially dawn services were only attended by veterans who followed the ritual of 'standing to' before two minutes of silence was observed, broken by the sound of a lone piper playing the 'Last Post'. Later in the day, there were marches in all the major cities and many smaller towns for families and other well wishers.

Today it is a day when Australians reflect on the many different meanings of war. Gatherings are held at war memorials across the country.

For Greek Orthodoxy, today is Good Friday, the most solemn and melancholy day in the Church calendar. On Good Friday morning, at the service of the Royal Hours, we remember all the Old Testament prophesies that foretold the coming, teaching, suffering, and death of Christ. In the afternoon, the wooden icon representing Christ’s dead body is taken down from the Cross, and wrapped in a white sheet for burial. A cloth icon of the deceased body of Christ, called the Epitaphion, is carried in a procession around the Church and placed on the flower bedecked and canopied Bier called the Kouvouklion. We have prepared Christ’s body for the wake or the viewing.

On Good Friday evening we gather to mourn the Service of the Lamentations. We sing three lamentation hymns with many verses. The great paradox is that Christ, who is the Son of God and the source of all life, is now seen dead before us. We sing “E Zoe en tafo”, that is, “O Christ, you, who are Life, You are now laid in the tomb, and ranks of angels were amazed, glorifying your condescension.” Then the funeral procession takes place. The Bier/Kouvouklion is carried in sacred procession and, upon its return to church, the icon of the dead Christ is placed on the Altar.

Today is also St Mark’s Feast Day. Most of what we know about Mark the Evangelist, comes directly from the New Testament. He is usually identified with the Mark of Acts 12:12. (When Peter escaped from prison, he went to the home of Mark's mother.) Paul and Barnabas took him along on the first missionary journey, but for some reason Mark returned alone to Jerusalem. It is evident, from Paul's refusal to let Mark accompany him on the second journey despite Barnabas's insistence, that Mark had displeased Paul. Later, Paul asks Mark to visit him in prison so we may assume the trouble did not last long.

The oldest and the shortest of the four Gospels, the Gospel of Mark emphasizes Jesus' rejection by humanity while being God's triumphant envoy. Probably written for Gentile converts in Rome—after the death of Peter and Paul sometime between A.D. 60 and 70—Mark's Gospel is the gradual manifestation of a "scandal", that is, a crucified Messiah.

This is also Pesach, or Passover, for the Jews. This springtime holiday always begins on the 15th day of the Jewish month of Nissan. The basic theme of the holiday is the exodus from slavery in Egypt; the various rituals and texts associated with Pesach help to establish and understand this crucial narrative of Jewish communal memory. The basic story is found in the book of Exodus, chapters 1-15. Chapters 12-15 contain details of the observance of the holiday itself.

The name Pesach comes from a Hebrew word meaning "to pass through" or "to pass over". It refers to the story of how God "passed over" the houses of the Jews during the plague of the Death of the First Born. "Pesach" is also the name of the sacrificial offering (a lamb) that was made in the Temple on this holiday. Pesach is also sometimes called the Chag Ha-Aviv "Holiday of the Springtime," or Zman Cherutenu "the Season of our Freedom."

On the first night of Pesach (first two nights for many traditional Jews outside Israel), there is a special meal filled with ritual to teach the significance of the holiday. This meal is called a Seder, from a Hebrew word meaning "order." There is a set of texts that are to be discussed in a specific order. The Seder also includes rituals of eating matzah and bitter herbs, singing holiday songs, and asking questions. It is a multi-media Jewish ritual event! The texts, prayers and instructions for the evening are found in a volume called the Hagaddah, which means 'telling.' The point of the evening is not to read the Hagaddah, but to use it as a springboard to 'jump off the page.'

The most well-known observances of Pesach are the holding of the Seder meal on the first night (or nights) and the prohibitions against the eating of Hametz - leavened foods. Leavened foods include anything made from five basic grains: wheat, barley, spelt, rye, and oats. This includes anything made from these products, including beer and grain alcohols. The only acceptable way to eat these grain products is in the form of Matzah, or unleavened bread, which is baked very quickly so that the dough does not rise. This helps to remember the speed with which the Israelites left Egypt. The Bible says that they did not have time for their bread to rise. Other kinds of foods can be made from ground-up matzah, including cakes and confections, but these are prepared especially for Pesach.

Jews of Ashkenazic (European) descent often also refrain from eating a category of food called kitniyot. These are products made from seeds and beans, including rice, corn, and legumes. The concern is that the prohibited foods may be confused with these items in processed form. Many Sephardic Jews will eat kitniyot, but customs vary widely. Biblically, Pesach lasts for seven days, but, since Rabbinic times, many communities observe eight days. The prohibition against eating leavened foods lasts until sundown after the final day of the holiday. Today is the sixth day of Pesach.

Enjoy your weekend, and if Orthodox, Happy Easter! If Jewish, Happy Passover!
Posted by Intelliblog at 02:54