AN ADAGIO FOR THE NIGHT 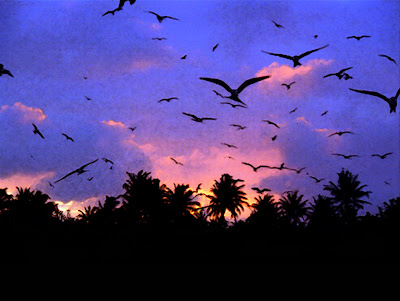 “Night is the blotting paper for many sorrows.”

Sometimes we try to please too many people at once and all we manage achieve is our own misery. The peacemakers amongst us know this all too well, and the rich store of proverbial wisdom has to say that “he who tries to stop a fight receives the most blows”. Such was the day today and the music encapsulates my mood.

It is Eleni Karaindrou’s “Adagio”. Eleni Karaindrou was born in the mountain village of Teichio in central Greece and grew up in Athens where she studied piano and theory at the Hellenic Conservatorium. From 1969-74 she studied ethnomusicology in Paris and, on returning to Greece, founded the Laboratory for Traditional Instruments at the ORA Cultural Centre. She has since been an active campaigner on behalf of Greece’s musical resources. Karaindrou has a long history of writing for film and theatre; to date, some 18 feature films, 13 plays and 10 television series have featured her music. Although most of her work has been with Greek directors she has also collaborated with Chris Marker, Jules Dassin and Margarethe von Trotta. Eleni Karaindrou has been associated with Greek director Theo Angelopoulos since 1982.
Posted by Intelliblog at 00:59