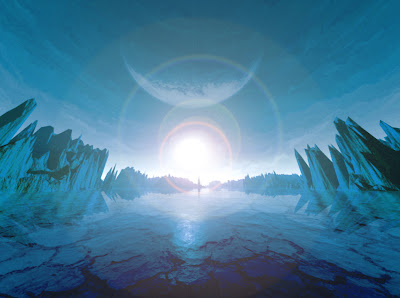 “Christmas is not a date. It is a state of mind.” - Mary Ellen Chase

As we approach Christmas, it is interesting to note why December 25th was chosen to mark the anniversary of the birth of Jesus Christ. Christmas had its origins in older festivals that marked a very special time of the year: The winter solstice. The word solstice came into Middle English from Old French, from the Latin solstitium. This is a compound of sol- (sun) and -stitium (a stoppage), so the word means “the sun stands still”, reflecting the time when the Sun apparently stops moving north or south and then begins moving in the opposite direction.

In every year, there are two solstices. In the northern hemisphere, the June solstice happens when the Earth’s north pole is tilted its maximum amount towards the Sun. The December solstice happens when the north pole is most tilted away from the Sun. Thus, the June solstice is the day with the most sunshine, and the December solstice has the longest night. The opposite is true in southern hemisphere, with the winter and summer solstices in June and December respectively.

In each year, there is also an equinox in March and another in September. These days are the times when the night is as long as the day. This is reflected in the word's Latin root, aequinoctium, from aequi- (equal) and nox (night). In the northern hemisphere, the vernal (spring) equinox is in March and the autumnal (fall) equinox is in September, with seasons reversed once again in the southern hemisphere.

The time when the Sun is brightest and the days are longest is the summer solstice, near June 21st in the northern hemisphere. Yet the hottest days of summer usually come in July or August, when the days are shorter and the Sun is lower in the sky. Winter’s coldest days also lag the solstice by about two months. Why? When the sunshine maximum comes in June, the landscape and atmosphere are still warming from the winter's chill. Although the Sun begins to lose strength after the solstice, there is still enough heat to continue warming the landscape until the balance shifts about two months later.

In the days after the winter solstice, although the Sun’s heat is returning, it is still not warm enough to keep the landscape from cooling further, especially during the night. It is not until early March that the balance of solar heat and night-time cooling shifts into a warming trend.

The Winter solstice is also known as Yule, and this is a major Wiccan holiday. Many religions have placed the birth of their solar hero gods and saviours on this day: Jesus, Horus, Helios, Dionysus, and Mithras all claim Yule as their birthday. Since this day also represents the point at which the sun begins to wax, it represents rebirth and regeneration in the Wiccan tradition. Aptly, therefore the word of the day is: