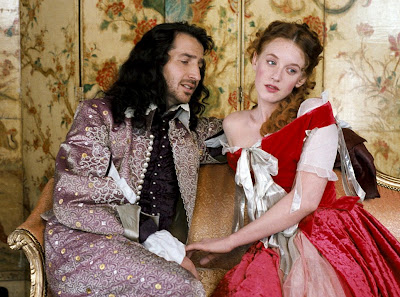 “One should examine oneself for a very long time before thinking of condemning others.” - Molière

Today is the anniversary of the birth of Jean Baptiste Poquelin Molière, French playwright born in 1622. Molière is rated by most critics as the greatest comic dramatist of all times and considered worthy to stand beside Aristophanes and Shakespeare. He wrote:

“’Tis a mighty stroke at any vice to make it the laughing stock of everybody; for men will easily suffer reproof; but they can by no means endure mockery. They will consent to be wicked but not ridiculous.”

These lines were written in defense of his play “Tartuffe” ranked as his most outstanding and most representative of plays. In the 17th century powerful cliques attempted to censor every play that did not happen to coincide with their own views or selfish interests. We can realise the bitterness of the campaign against Tartuffe from the fact that it was not finally licensed for public performance until more than three years after its first performance before Louis XIV. “Tartuffe” is about a religious hypocrite and the public outcry that followed the play was initiated by a group of ‘Dévots’ (ostensibly devout people, very influential in the French court at the time, but also very opportunistic and hypocritical).

“Molière” was in reality only the stage name assumed when as a young man the playwright joined a group of strolling players. So famous did he make it, that few of us today recognise the surname “Poquelin”. Molière’s father was a prosperous tradesman, upholsterer to the King by appointment. Since this was a hereditary honour, the son shrewdly made use of it to establish and strengthen himself in the King’s favour, when, after twelve years in the provinces, he returned to Paris.

These twelve years of trouping and training not only made Molière a comedian of unsurpassed ability, but they also gave him that insight into life and character that were to make his later comedies outstanding. He was 36 years old when he returned to establish himself in Paris. At 40, successful in his profession and in prosperous circumstances, he married the twenty-year-old sister of Madeleine Bejart, his leading lady. Owing probably to the disparity in their ages and to his own jealousy, the marriage was not wholly a success. This with the death of a favorite son, and the constantly increasing attacks of the various groups who had found themselves and their pretensions the butt of Molière's biting satire, made his later years unhappy. He still wrote and acted his own plays, however, and it was in the midst of a stage performance that he burst a blood vessel in a fit of coughing and died shortly thereafter.

Fit to be ranked with his masterpiece, “Tartuffe”, are other of his such as “Don Juan”, “The Misanthrope”, “The Learned Ladies”, “The Bourgeois Gentleman”, “The Imaginary Invalid” and a host of lesser comedies all of which are still read and revived to this day.
The word of the day is fittingly:

Tartuffe |tärˈtoōf| noun poetic/literary or humorous
A religious hypocrite, or a hypocritical pretender to excellence of any kind.

ORIGIN: from the name of the principal character (a religious hypocrite) in Molière's Tartuffe (1664).

The 2007 French film of Laurent Tirard, “Moliére”, is an enjoyable and semi-fictionalised account of a “lost period” in Moliére’s life and is reminiscent of the play “The Bourgeois Gentleman”. Quite a treat if you can lay your hands on it.
Posted by Intelliblog at 01:04