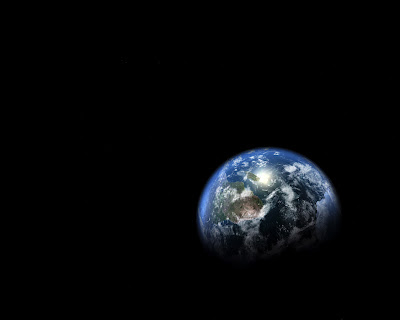 “One does evil enough when one does nothing good.” - German Proverb

Today for those of the Greek Orthodox faith it is “Pork Thursday” or Tsiknopémpti (literally, “smell-of-cooking-meat-Thursday”). This name is given to this particular Thursday by the Greek Orthodox people, as on this day all the faithful must eat meat (usually pork). The meat-eating festivities continue on Saturday and Sunday this week, representing the last dietary fling before the Great Lent.

A similar custom used to be observed in Britain in the old pre-secularisation days: Shrove Monday (the day before Mardi Gras - Pancake Tuesday), was also called Collop Monday, meaning the day on which the meat forbidden during Lent had to be consumed in the form of “collops” or “rashers”. Mutton collops or bacon collops were eaten on this day together with eggs. Merry making and the playing of practical jokes was also a custom on the Shrovetide days. Carnival as such was not celebrated in England.

Generally on this day in Greece, families gather together and have great feasts with much drinking, carousing, dancing and masquerading. This masquerading is part of Apokriés (Carnival), which represents the last opportunity before the next 48 days, which are devoted to fasting, contemplation, prayer and a cleansing of both body and soul before the Easter Holiday. Note that in the Orthodox faith one has to fast even on Sundays during Lent, whereas in the Western churches, fasting is relaxed on Sundays, even during Lent.

When one thinks about it, fasting as a religious observance is widespread throughout the world and is a tradition in many different religions. It is attuned very much to the farming and agricultural seasonal cycles and makes allowance for periods when animals and animal products must be put to other uses except as food (for example, hatching of chicks from eggs, the allowance of calves and lambs to be fed with their mothers milk, etc). On another level, the abstinence from many of the rich animal product dietary elements allows the body to be cleansed and detoxified and has a very beneficial effect on health. All of these religious observances were borne out of hundreds and hundreds of years of observation and ritualisation of much empirical knowledge.

It is in these days of plenty, of the loss of traditions and of the lack of religious observance that we forget these important lifestyle choices, rites and ceremonies - to our detriment. Our life is becoming more and more centred on surfeit, instant gratification of our basest desires (be they linked to gluttony, lust or envy) and a routine that makes each day of the year resemble one another. Who would have thought several years ago that one could shop 24 hours a day, seven days a week, 365 days a year? Who would have thought in the past that we could buy fresh tomatoes or cherries in the midst of winter or have apples year-round, or have meat every day? Who could have thought that we could spend a fortune on clothes, shoes on a regular basis, even though we had not worn out (and repaired several times the clothes and shoes we had)? Who could have thought that our whole existence can become centred on consumerism with some people actually becoming physically sick unless they can buy “things” every day? “Things” they may never even use nor actually need…

In the meantime this fixation on consumption and selfish instant gratification has changed our society in all sorts of ways, some gross and easily observed, some more subtle, but all the more dangerous because of that. We are losing so much in our modern society of what was good and pure and honest. It makes me now appreciate why some closed religious groups like Orthodox Jews, strict Muslims, the Amish are trying to preserve centuries-old traditions against the rising tide of secularisation, consumerism, erosion of some of the basic human values and the rise of the individual’s rights and demands, to the detriment of the community as whole.

The economic downturn may force many people to re-examine their lifestyle, their priorities, their life choices and their basic wants and needs as individuals as well as members of a family, a community, a national or geographic group, or even as citizens of the world. Amidst all of the concerns and the negativity expressed in relation to the recession, we may benefit in the longer term from such an experience. Add to that climate change, terrorism, massive shifts in populations, increasing crime rates, dwindling natural resources, increased competition for living space and standard of living, and we may have a much wiser generation growing up in the next ten years or so. Or we may see quite the opposite – the complete and utter breakdown of Western civilisation as we know it…

What do you think?
Posted by Intelliblog at 21:53