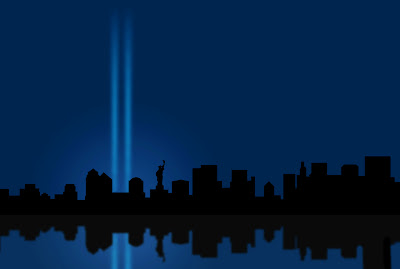 “We have failed to grasp the fact that mankind is becoming a single unit, and that for a unit to fight against itself is suicide.” Havelock Ellis

Let me ask a question: Is violence ever justified? Think about it. Consider a situation where you are confronted by a series of events that leave you no other option except to react violently. What do you do? Will you resort to violence to save yourself? To save someone else? To defend family and home? To defend your country? To fight in a war that is “just”? To punish recalcitrant offenders? To execute a criminal? Human history is full of wars, killing, heinous acts of extreme brutality and cruelty of man against man. We acknowledge this and are quick to denounce these acts. And yet, we quickly justify self-defence and the defence of our loved ones who are under violent attack. We distinguish between just and unjust wars. We defend revolutions, which assume justified violence. Freedom fighters are heroes who die for just causes, wanting to liberate their country, their people, willing to die for their cause…

And it is from here on that we get into deeper water that keeps on getting hotter. When does a “freedom fighter” become a terrorist? When does a revolution become a massacre of innocents? When does a “just war” become an excuse for an economically or politically or racially or socially-driven pogrom? Who justifies it? Whose justice does the violence serve? Must we become personally involved in an evil action in order to realise that it is evil as we perform it? Is it not enough for us as logical beings to judge such actions as vicious and avoid them altogether? How can we justify the unjustifiable? Defend the indefensible?

Gandhi said “I am prepared to die, but there is no cause for which I am prepared to kill”. He was the ultimate proponent of non-violence at a time when his country was embroiled in violent clashes with the occupying British. When his countrymen advocated a bloody revolution in order to liberate themselves and their country from the oppressing colonial forces, he was the champion of the non-violent revolution. Through his passive aggression and gentle strength he was able to lead his people to independence. Gandhi was careful to distinguish non-violence from cowardice:

“Nonviolence is not a cover for cowardice, but it is the supreme virtue of the brave. Exercise of nonviolence requires far greater bravery than that of swordsmanship. Cowardice is wholly inconsistent with non-violence. Translation from swordsmanship to nonviolence is possible and, at times, even an easy stage.”

Gandhi showed that non-violence was an effective means of resistance, of revolution, of passive aggression. His ideas stemmed from his deep belief in the goodness of human beings and in the spark of the divine that is within each of us. His sincere belief in a benevolent, peaceful God motivated his philosophy and he was ready to espouse other religions in which he recognised his God called by another name. Christianity was familiar to him, although Christians were not always representative of their faith: “I like your Christ, I do not like your Christians. Your Christians are so unlike your Christ.” His philosophy is summed up by: “Non-violence requires a double faith, faith in God and also faith in man.”

Tonight, on the eve of a terrible anniversary, it is appropriate to think of Gandhi and his ideas of non-violence. Terrorism had no place in Gandhi’s universe and even a justifiable act of violence was anathema to his philosophy. That a man like him died a violent death in the hands of an assassin is the ultimate irony. Such acts of terrorism are the most despicable acts that human beings are capable of. Killing the innocent, murdering the adherents of non-violence, executing the blameless are all acts like re-crucifying Christ all over again.

Have we learned anything in these last eight years since 9/11? Has the world changed? Has the “war against terror” achieved anything? I think not. Every morning I hear on the news reports of suicide bombings, of renewed terrorism threats, of violence and more violence. Where is it leading us, when will it end? And will there be human beings left on this planet to see the end of it?

passive resistance |ˈpasiv| |riˈzistəns| noun
Nonviolent opposition to authority, esp. a refusal to cooperate with legal requirements: They called for protest in the form of passive resistance.
ORIGIN late Middle English: from Latin passivus, from pass- ‘suffered,’ from the verb pati. + from Old French resister or Latin resistere, from re- (expressing opposition) + sistere ‘stop’ (reduplication of stare ‘to stand’ ).