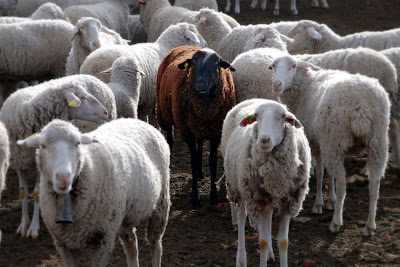 "I am of the opinion that my life belongs to the whole community and as long as I live, it is my privilege to do for it whatever I can. I want to be thoroughly used up when I die, for the harder I work the more I live." - George Bernard Shaw

Today was the last day of the conference and as I attended all three days I was considering by the end of today what the conference achieved, what I learnt and also what I could do on my return home. As is the case with such conferences, there are a lot of very clever people present and many fantastic ideas are vocalised. There are visionaries and impassioned idealists, some socialist and altruistic social reformers, but also there those who are vain and self-centred, and of course there are the hypocrites and the opportunists.

Dr Ting Choon Meng is a local Singaporean who has developed an innovative monitoring wristwatch that is used to record cardiac parameters on a 24-hour basis in patients with heart disease (with great commercial success). It has saved the life of many people who are under increased threat of stroke and heart attack. He was one of the panellists in one of today’s sessions and he related a story of a Chinese man who lived in a remote part of China. This man for the last 40 years had carried out a job that he felt was essential for this community. He lived in a village, which several decades ago had become bisected in two because of geological upheavals and the re-coursing of a river through the middle of it. As the two halves of the village became separated by the river, this man sold his house, bought a boat and became the ferryman for the village. He demanded no payment for the job and he survived completely on his fellow-villagers’ contributions to his daily needs in terms of food, clothing, etc. Quid pro quo. Dr Ting gave this as an example of an individual being someone who responded to a social need by innovating and resolving a problem in the community, all for the social good.

I was thinking about that all day, especially in the context of what had transpired over the last three days of the conference. This ferryman was certainly an altruist and maybe even a socialist, but he was certainly not a “social entrepreneur”, which was what the conference was about. Had he been one, he would have sold his house, asked for more money from the villagers (his backers) and he would constructed a bridge to span the river. He would have charged a toll every time someone crossed it and in time not only recovered the initial capital, but also made a profit – while at the same time responding to the social need…

I then reconsidered the substance of the conference. Most of the attendees were very much capitalists. They were industrialists and bankers, company directors, CEOs of multinational companies. They were relating their experiences following an “epiphany” they had had regarding sustainability and environmental care, social reform. The classic case was Rob Walton the heir of the “Walmart” fortune. He related how he spearheaded the “greening” of his company and how suddenly, Walmart became a company with an environmental and social conscience. This is of course was in response to a huge public outcry about unsustainable company practices and the selling of products that were quite clearly not “green” nor particularly socially conscientious. Walmart’s turning “green” was an astute business decision which assured their continued profits and shareholder satisfaction with company performance.

My concern with the conference that has been niggling me a little was whether this “social entrepreneur” focus was not simply a front for capitalist interests. Green is sexy nowadays and it sells products. A company can be made or broken based on its green (or otherwise) policy. It also makes sense for large corporations to sponsor environmental causes (as well as the obvious good PR, it is also a good tax break). Am I being too much of a cynic here? I think not. The DBS bank of Singapore was the “diamond sponsor” of the conference. Its representative at the conference was quick to point out that the bank did not indiscriminately back socially worthy projects, but rather the projects with “connections” had a better chance of being “supported” (and he made it clear that this “support” was not necessarily of a financial type). They were even gracious enough to waive bank charges for the supported projects! How generous!

There was a message that came through the conference which on reflection grated on me. It was the concept of “success” being equated with “financial success”. Our Chinese ferryman would not have been deemed to be very successful if he attended the conference and I doubt if he would have got any award. Mr Walton of Walmart (personally worth a cool $25 billion) on the other hand won the jackpot award of the Social Innovation Park of Singapore. He got awarded as the Super Duper Grand Fellow or something or other. He was obviously the “social entrepreneur” that we should all aspire to be.

Another representative from Conservation International got on my nerves today. Firstly, he left the panel discussion before the designated finish time as he had another “important” appointment (which was very rude in terms of the conference attendees, some of whom had come thousands of kilometres to hear his pearls of wisdom). He was wearing his Armani designer suit, his Rolex watch, his Prada shoes (I suppose – do they make men’s shoes? I wouldn’t know) and no doubt earning an annual salary that could support several third world country families for several years. What made it all the more annoying – no, stronger than that – more infuriating, was that his salary was paid by public contributions to appeals and by company handouts. No doubt, he is doing some good, I suspect that some good must come out of the efforts of such groups, but at what cost? I am not suggesting that he should have come to the conference in overalls and gumboots, but are annual salaries of hundreds of thousands of dollar and a branded image necessary for someone representing Conservation International?

The concept of branding came up. Building a successful brand for a social entrepreneur was deemed to be of prime importance as this was to contribute to being successful commercially. Dignity of underprivileged and third world country populations was equated to their ability to purchase commodities and “brands” at the same level as a first world country. This struck me as another attempt by the capitalist system to survive in a climate that is still causing extreme hardship in the countries that built it. The USA will suffer from many more years from the effects of the economic recession, and the greed and avarice that caused it is now being peddled as “social enterprise”. We know that Communism didn’t work, we are experiencing the failure of rampant Capitalism, is “social enterprise” sand in our eyes? Is it thinly-veiled capitalism set to take advantage of us again?

Don’t get me wrong, I am not red. Perhaps a little pink, but Communism doesn’t appeal to me, it is as extreme as capitalism is. A socialist regime with strong government overseeing of national resources, control of public utilities, fair taxes, realistic limits of financial control, and many incentives for social equity is perhaps what represents me politically these days. At the same time, enterprise and personal hard work should be rewarded and sloth penalised. But I cannot support the system that rewards one individual’s work with an annual salary that runs into millions. No one person’s work is worth that much.

What I did not hear at the conference was an acknowledgement of the work of the ordinary person. To be a worker in a factory and earn a decent salary that allows you and your family to live a decent life was not even mentioned. To be a farmer who tills the earth and puts bread on the table was not something that was considered to be a worthy thing. To be an artist, or an intellectual, or a musician was not acknowledged as an essential part of our social fabric (unless of course one was a “brand” and earned millions)…

I need to think more about this. I am quite wound up over it at the moment, I need to consider it more, ruminate upon it further, discuss it with some people. I am worried that during these three days something did not ring true… Your thoughts on the matter will be appreciated.
Posted by Intelliblog at 00:00