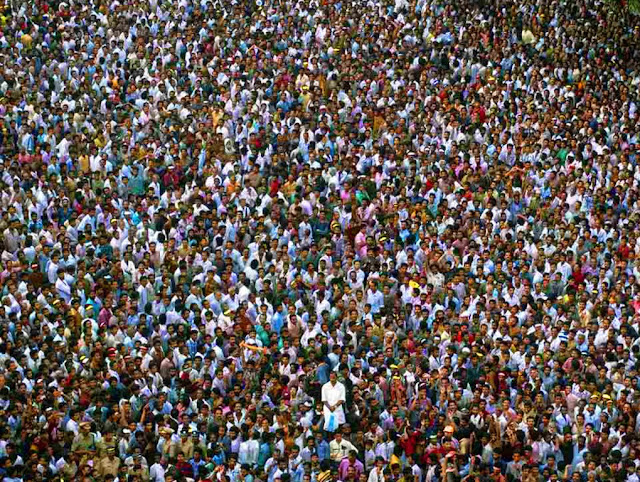 What has prompted this outburst of gratitude? Well, firstly one of my colleagues at work was bemoaning the fact that we had to come back to work after the Labour Day holiday. Secondly, the angry comments of an irate fellow passenger this evening on the commuter train because the train was five minutes late. Third, was a news item that I read in the paper about a stampede in India where a young man died tragically and 11 were injured. The incident occurred in Mumbai where 30,000 young men were assembled ready to lodge a job application in an attempt to become part of the Mumbai police team (3,250 newly created positions). When the gate of the police camp opened, the 30,000 applicants gathered outside camp gate rushed in to allow submit their applications.

The victim was 22-year-old Ramesh Gopinath who lined up from the previous night, with all of his hopes collected on an application form. A young man who competed with the other 30,000 hopefuls in order to find a job, make something of his life and support his family. Instead of a job he found a horrible death as he was trampled. His grieving family that was depending on him for their daily bread is now left bereft and without any income. The recruitment process was resumed a few hours after the stampede…

Last week, 63 people died in the northern state of Uttar Pradesh in another stampede outside a Hindu temple. They were women and children, and the cause of the deaths was lax safety and overcrowding in a confined space. In the absence of safety regulations in congested spaces, as panic spreads quickly, the resulting stampede is often lethal. These events are not isolated occurrences. They have occurred with amazing regularity in the past and will continue to happen unless serious changes in Indian society are put into place. No mean feat for one of the most populous countries in the world (1.17 billion people, as estimated for July, 2009; more than one-sixth of the world’s population), and a land in which great poverty abounds.

When I visited India several years ago, I was astounded. It is a country of immense contrasts, a long history, an amazing civilisation and an extremely diverse population. I saw great riches right next to the most abject poverty. The glory of the Taj Mahal coexisting with the misery of shanty towns. And everywhere crowds and crowds of people. The people I met were gracious, courteous and possessed of a gentle nobility even if they were the poorest of the poor. In their poverty they were happy with what little they possessed, and generous of spirit to share that little with complete strangers.

I am distressed by this news from India, but even closer to home, the plight of some Indians who are living here in Australia and who are experiencing difficulties or violence concerns me. The latest news relates to the poor young Indian child of three years who was found dead in an outer Melbourne suburb last week. The toddler was visiting Australia with his parents and a 23-year-old Indian man who had been living in the same house has been arrested and charged with the child’s death. The case is a puzzling one and all is not what it appears to be.

We have many Indians living in Australia and many who are studying here, many who are hoping to immigrate here, or gain permanent residency. The links between our two countries are many and there are many factors that should unite rather than divide. Social conditions in India are more difficult than in Australia and the attractiveness of Australia as a destination for economic refugees is great. Australian society, which is generally tolerant and accepting, and quite cosmopolitan, also has some elements within it that are xenophobic and resistant to further immigration. Tensions develop and there are sometimes outbursts of violence and hate. A balance can be achieved. Our society has the capacity to accept more immigrants and still preserve all of the things that I am grateful about. The trouble is in finding that balance and convincing all concerned that Australia’s lifestyle and social conditions will not suffer as our population expands…
Posted by Intelliblog at 22:01