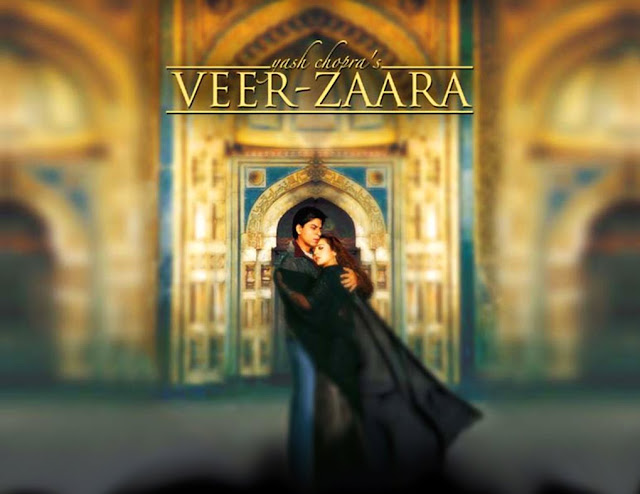 “The love of one’s country is a splendid thing. But why should love stop at the border?” - Pablo Casals

We watched an Indian movie from Bollywood last weekend, which we enjoyed very much. Sure, it was melodramatic and some scenes were quite mushy and theatrical, but overall it was a good film with fantastic cinematography, colourful costumes, lush music and songs, expansive scenery, lots of action, goodies and baddies, a romance, a court-room scene, a message about national identity and an artistic document that attempts to broker peace between age-old enemies. The film is Yash Chopra’s 2004 “Veer-Zaara”.

The plot has as follows: The International Human Rights Commission, which has identified Pakistan as an area with some issues in Human Rights violations, recruits a young female barrister, Saamiya Siddiqui (Rani Mukerji), newly admitted to the bar, to investigate the rights of long-serving prisoners, who have not had a fair trial. Her first case concerns Prisoner No.786 who is the Indian Rajesh Rathore (Shahrukh Khan). He has been captured as an alleged spy and sentenced to jail indefinitely. Saamiya finds out that his real name is Veer Pratap Singh and goes to meet him in order to find out how she can help him. Although he has never spoken a word for over 22 years, he responds to her as she calls him by his real name. Veer starts to tell his story to her, and thereafter she realises that truly, he is neither Rajesh Rathore nor a spy. He is a Sikh man who loved a Moslem woman, Zaara Haayat Khan (Preity Zinta), a rich heiress of Lahore. Saamiya discovers that Veer was caught up in a web of deceit and betrayal, made to sign a “confession”, which resulted in his confinement.

She undertakes to prove that Veer has been wrongly imprisoned, but faces many obstacles, including the fact that her peers do not approve of her, as she is seen as a woman doing a “man’s job” as a barrister. She also has to confront the country’s top prosecutor, Zakir Ahmed (Anupam Kher), her former boss, who will be up in court against her. Saamiya courageously takes up the challenges and she investigates the case, with the added difficulty that Veer does not want Zaara’s name or her family’s to be brought up in court, in order not to stain her honour.

The film adhered to several classic Bollywood formulas: There is much emotion and sentimentality, there are the standard musical and dancing numbers (with admittedly well-written music and sensitive lyrics), beautiful costumes and a romantic story. It is also a long movie, running for 192 minutes, true to type Bollywood. The film was not meant to be a realistic documentary, but rather functioned in an idealised setting for a love story. However, it was more than the romantic story of the star-crossed lovers Veer and Zaara; it was a love story of people for their land, a love story of human beings for their traditions and family values, the love for truth, honour and respect. The settings are water-coloured, fairy-tale and idealised. But this is a movie produced for a public that wants its stars to live in larger than life settings, experience violent emotions, overcome tremendous obstacles and survive the wildest vicissitudes of fortune. Yash Chopra gives all this to the public and more. He provides a message that steals upon the viewer surreptitiously and when it hits, it is a revelation and packs a strong emotional punch.

The film makes a feminist statement, it looks at nationalism through eyes sick of the violence that nationalism often engenders, and it represents patriotism coming second after humanity. The final scenes when Veer is in the courtroom and recites his poem as his only contribution to the proceedings is a powerful, moving and poignant moment. The film is like an opera. There is sentiment and drama. There is coincidence and destiny. There is emotion and epic storyline. If you wish to see reality, go and see a documentary or a new-wave, grunge-city, crime drama. I recommend this, but only if you do not mind subtitles, if you do not have a cynical attitude, if you are pure of heart and open of mind…
Posted by Intelliblog at 21:58