THE CASE OF THE FORGETFUL VIOLINIST... 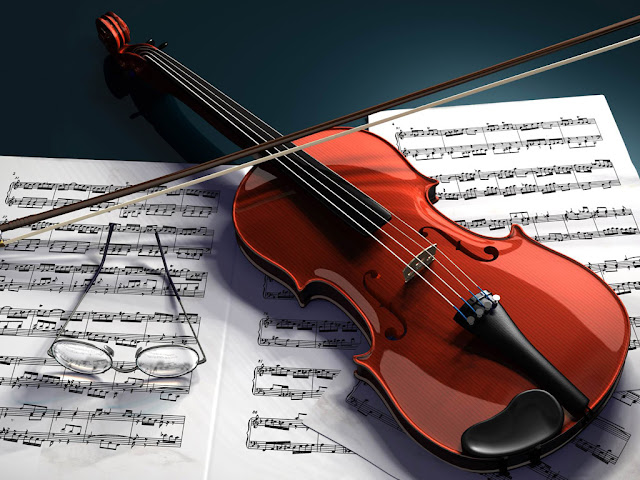 “We forget all too soon the things we thought we could never forget.” – Joan Didion

Coming home on the train this evening I read a news story about a German musician who forgot his violin on the train. I nearly skipped through to the next article, but then the value of the violin caught my eye! It is worth about one million Euros ($1.4 million dollars) as it was made in Italy in 1748 and is a valuable heirloom piece as well as a superlative musical instrument. Good violins get better the more they age and a good Stradivarius can be worth several millions of dollars.

The forgetful musician had been performing in Asia and had just got back in Munich, taking the regional train to return home. One can imagine his exhausted and dazed state as he was getting out of the train, struggling with luggage, and one can understand him forgetting the violin case behind him – easy enough to do, or is it? For a musician of his stature his violin would be his most precious possession worth more than the monetary value. For a violinist the violin is almost an extension of the body, part of oneself, an appendage that forms part of one’s soul, not only one’s body.

His reaction was understandable once he realized that he had left his instrument on the train. He became physically ill and required treatment by a doctor. The police in the meantime began the investigation and fortunately the lost violin was recovered on the train seat exactly where it had been left, untouched and in its pristine condition. Needless to say the anxious violinist was a very happy man once he was reunited with his violin.

All of us can be very forgetful sometimes, some of us more than others, more so as we age or if we are tired, distressed or anxious. Trains seem to be good places to lose things and I have forgotten many an umbrella in a train carriage (no, not a single Stradivarius umbrella!). Hundreds of items are handed into the lost property offices in train stations each week by rail workers who find them abandoned on trains. Umbrellas, mobile phones, spectacles, and jackets are among the most commonly forgotten items but more bizarre articles are also left stranded in carriages: From musical instruments to animals, wheelchairs and bikes.

In Edinburgh last year, a passenger left half of a shotgun, along with the licence and ammunition, while a trumpet, two clarinets and two violins caused confusion when they were all handed in on the same day. It seems that a chamber orchestra decided to get forgetful all at once! In the same office a package containing a large dead octopus was handed into the lost property department. Obviously someone’s gourmet dinner got mislaid. As fresh foodstuffs are only kept for a day, the octopus had to be disposed of!

Lost property found abandoned in stations or trains are stored securely for several weeks to months (depending on the rail service and country), after which time items that haven’t been claimed are “disposed of”. Typically, this means they are auctioned, with the proceeds going to charity.

One thing I did do when it was time for me to get off the train at my station today was to check very carefully that I had all my belongings with me: Briefcase, coat, glasses… Yes, all there! Then I got off the train.
Posted by Intelliblog at 21:29