CULTURE AND A DINNER 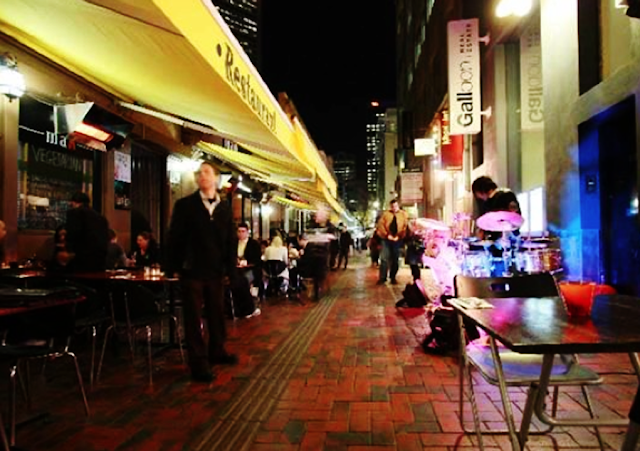 We had our third and final day of our academic conference today and it was fantastic to see all of our staff fill in very complimentary response forms that gave some very good feedback about the content, delivery, choice of topics, social activities and catering. This was the fourth staff conference I have been involved in, in this job and it was clearly the best I have experienced. Obviously, the attendees also thought so. I had another session to present today at the closing of the conference, which was on two themes, one on the review and reorganisation of the academic division, which was quite interesting for the people directly involved, the academics, that is. However, I enjoyed more the final presentation when I talked about our organisational culture.

Culture is a difficult thing to define, especially within an organisational setting, but I thought that in our case it meant an active, self-motivating and organising processing of shared personal values and beliefs that delivers a performance. It is about meaning-making, that is transmitted from one successional group to another, through learning in everyday formal and informal interaction.

A group’s culture depends on its values, its beliefs, its language and the priorities it sets for itself. It is something that cannot be controlled by a leader although one may influence it positively or negatively through one’s actions and behaviour. As leader I try to lead by example, by respecting people and their differences, encouraging trustful relationship and using subtle means of bringing about the changes that need to occur.

We had a great dinner last night, where everyone was quite relaxed and there was much mirth and merriment. We went to Max’s Restaurant in Hardware Lane, where we had a very nice dinner. The menu was:

Entrée
Triplet of dips (capsicum; eggplant; and yoghurt with garlic) with Turkish bread

Between now and Christmas there are many work-related functions that I shall have to attend, so I am looking forward to sampling some more of Melbourne’s fine fare. It is very good to live in Melbourne, which is Australia’s Foodie Capital and some of its restaurants are amongst the best in the world…
Posted by Intelliblog at 21:45