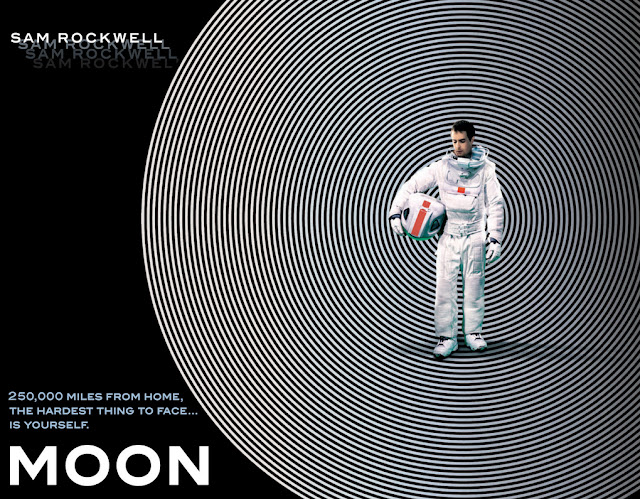 “Everyone is a moon, and has a dark side which he never shows to anybody.” - Mark Twain

We watched the 2009 Duncan Jones science fiction film “Moon”. This was more of a psychological thriller, rather than a “shoot-‘em-up” laser beam warfare type of adventure space epic. Although the story (which Jones wrote) was original, the film paid tribute to the classic 1968 Stanley Kubrick science fiction film “2001 – A Space Odyssey”. There were enough references there to evoke smiles of recognition and acknowledgement. The main similarity is in the computer that the hero of the film in each case develops a relationship with. The sinister Hal in “2001 – A Space Odyssey” is paralleled by the more benign Gerty in “Moon”.

The film (like any good science fiction) raises important moral and ethical questions. In this case (and without wanting to give anything away in case you haven’t seen it), it is the question of what makes an individual and individual? How do we know we are ourselves? A fundamental existentialist question, which is explored by this thoughtful film, which also looks at the price of our comfort and progress. Where do we stop? How many sacrifices must we make in order to maintain our lifestyle? Do the collective benefits and rights of a society outweigh the rights of an individual?

The plot concerns itself with a time in the near future where the world’s energy problems have been solved through mining for helium-3, which is carried out in a semi-automated manner on the dark side of the moon. The lunar base is looked after by astronauts from earth who do their three-year stint and then go back home. Sam Bell is the film’s hero and we see him anticipating his return to earth in a couple of weeks to join his wife and young daughter. There is no direct communication link available between the lunar station and Earth, so his only direct real-time interaction is with GERTY, the intelligent computer whose function is to attend to his day to day needs. He becomes aware that he is beginning to hallucinate as the end of his three years approaches. Just when all was going according to plan, he has an accident at one of the mechanical harvesters and is rendered unconscious. His personal odyssey then begins…

Sam Rockwell who plays Sam was given an opportunity to showcase his acting talents and he has done much with what is essentially a solo performance that carries the whole film. We enjoyed this film and would recommend it to both science fiction buffs as well as those who do not normally enjoy science fiction. Perhaps the latter more than the former.
Posted by Intelliblog at 13:55