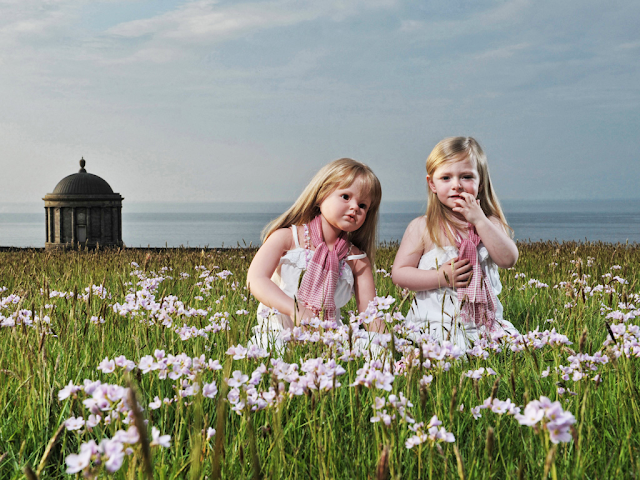 “Playing a robot is possibly the most difficult role you can have as an actor, because you have to take all your innate emotional responses and completely suppress them. Even the way you walk is affected.” - Kristanna Loken

Photographs are very special to us as they preserve our memories. They help us to conquer time somewhat through their maintenance of the past in a very real and immediately accessible way. Looking through our albums we travel back in time and revisit events, see again faces of family, friends, lovers, or even enemies… One way that is even better for preserving memories, many people would say, is video recordings. To hit the play button and see a piece of one’s personal history displayed in lurid technicolour can definitely transport one back to earlier times, sunlit memories which are vividly played out in front of our ageing eyes once again.

It seems now that we have some more ways of preserving and remembering the past. The process of “reborning” (what an awful word!). A “reborn” baby is a term that originated in the early 1990s and it describes the craft of painting, hairing and weighting store-bought or specialised “'reborning” baby doll kits, to resemble a real human baby. This began as a craft to evolve doll-making into a new area of verisimilitude with the “Reborn babies” bearing an uncanny similarity to real babies. Once you have seen these dolls you can understand a little perhaps the term “reborn”.

The technique has gone a step further now, with the “reborn” dolls being modelled on real babies and children so that a simulacrum is created and preserved for posterity. Parents can now order such a “reborn” copy of their child at any time they choose and capture forever a startlingly real, three-dimensional representation of their child. Seeing the two side by side as in the photograph above can be quite an unsettling experience. The Charles McQuillan photograph (that won a prize in the Press Photographers’ Year Awards, 2011) shows Sara, from Dowhill, Northern Ireland, together with her “reborn” self. This has been created a permanent memento for her parents who thus have a preserved 3D copy of their little girl as she was at that age.

Reborn doll kits, created especially for “reborners”, come in a disassembled blank kit form and are made from a soft silicon vinyl. Kits are available in regular and limited edition runs, for hobbyists and collectors. Each “reborn” doll can easily take 200 or more hours to create. Each layer of heat-set oil paint is baked onto the doll using a household oven at low temperature. By using thin successive layers of paint, the delicate effect of a baby’s skin tone can be created, complete with fine details, like capillaries and veins, milk pimples and newborn pressure marks.

When the painting process is completed, the baby has hand-rooted hair that is applied one hair at a time with a special needle. These details, with different choices of hair and eye colouration, allow for subtle differences that make each baby an original, with no two babies ever being the same. During assembly the babies are weighted with glass beads throughout their head, limbs and body to replicate the weight and feel of a new baby. They are then ready to be dressed. Obviously, if the “reborn” doll is a replica of a real person, specialised casting of the face has to occur so that the resemblance to the original is captured.

Somehow, I find this a little creepy. It is the same type of feeling that one has when one visits a wax museum. This unsettling experience has been investigated by researchers, especially where our reactions to androids and robots are concerned. Being confronted by something that looks human but is not, sparks conflict in our brain. Especially so where motion of the android is concerned. Faced with a gap between how we expect the simulacrum to move and how it actually moves causes the brain to become confused.

University of California in San Diego researchers showed 20 people video of the very lifelike Japanese Repliee Q2 android. This is one of the most life-like in the world and it was shown performing tasks like drinking water, picking up paper from the floor and waving and nodding. They were also show video of a human performing the same actions and then finally a video of the android without its “skin” on doing the same things, but looking obviously like a robot. The researchers found by studying the brain activity of the observers that the parietal cortex of all subjects showed increased activity. This is the part of the brain that connects the region processing body movements with the region that interprets and correlates these movements. The brain was trying to correlate the irreconcilable movements with the appearance of the person or “thing” making them. Its expectations for appaearance and motion to be congruent weren’t met.

simulacrum |ˌsimyəˈlākrəm, -ˈlak-| noun ( pl. simulacra |-ˈlākrə, -ˈlakrə| or simulacrums )
An image or representation of someone or something: A small-scale simulacrum of a skyscraper.
• An unsatisfactory imitation or substitute: A bland simulacrum of American soul music.
ORIGIN late 16th century: From Latin, from simulare from similis ‘like.’
Posted by Intelliblog at 13:26