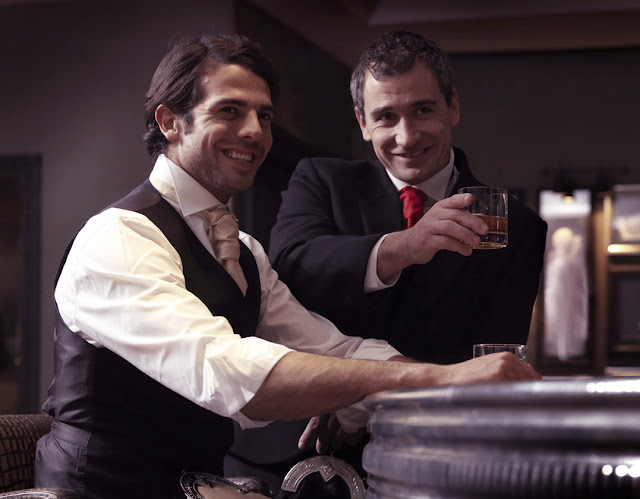 “Friendship is born at that moment when one person says to another, 'What! You too? I thought I was the only one” - C.S. Lewis

I am in Brisbane for work currently and after arriving late for my morning meeting, because of the airline strike disruptions, we got off to rollicking start as the group was really primed up and ready for a good dialogue. There were several presentations, and this being an executive team, discussion was at fairly high level and of strategic importance to the organisation as a whole. It was a gruelling meeting that went from 10:30 a.m. to 6:00 p.m. (including a working lunch) but much was accomplished and the team worked well through some challenging and confronting issues. My presentation went well and I kept within the allotted time, surprising for me, as I usually tend to go over time. However, I think in my maturity I have learnt the importance of succinctness and usually manage to keep within the recommended time frames by being epigrammatic and suggestive, rather than painfully explicit and using many examples. Short, punchy delivery with the use of analogy seems to work well and certainly helps me keep to strictly applied time constraints.

After the meeting we went to our hotel for a bit of a freshening up before reconvening for dinner at Moda Restaurant at 12 Edward St in Brisbane City. This is a great place to relax in and have a good meal, attended by excellent waiting staff. The menu is eclectic and multiculturally modern Australian. Although there were no outstanding dishes, the fare was good quality, fresh, well cooked and served impeccably by experienced staff, who were not pushy, but attentive.

I had a seared scallop entrée followed by sirloin steak and Spanish crème caramel for dessert. By Melbourne standards this was an average meal, however, for Brisbane it was very good and as I said earlier enhanced by the attitude of the staff, who seemed to hover around and respond to our requests immediately, but at the same time were never pushy or overbearing – quite a rare thing nowadays.

After the meal, three of us decided to walk the 1.5 km back to our hotel, but on the way back stopped at a pub to have a nightcap. The three of us have a good working relationship and we usually manage to get together at these national meetings. Although we usually have teleconferences and operate collaboratively quite effectively across the country, these face-to-face get-togethers allow us to cement our connection on a deeper level and take it a step above the purely professional work relationship.

Tonight’s get-together after the meal consisted of drinking a couple of drinks together at a pub, which we stopped at on the way back to the hotel. We sat down, chatted casually about all sorts of things, joked, talked about a few work matters, about sport, about some family matters, photography and about the day’s session. It was a relaxed, de-stressing, unwinding session where we “male-bonded” and shared some experiences. We laughed, talked freely, confident in divulging our feelings and thoughts, but at the same time respectful of each other’s privacy and commonly agreed boundaries. There was not a single swear-word uttered, quite a lot of intellectual repartee was exchanged and a good time was had by all.

In the context of relationships, male bonding describes friendship between men, or the way in which men befriend each other, in an interaction described as camaraderie, or to use the Australian vernacular “mateship”. These friendships amongst men are typically based on shared activities, instead of emotional sharing (which is more common in women’s friendships). Male bonding usually involves playing video games, musical instruments, shopping, sporting activities, fishing, hunting, camping, gambling, social drinking, or working with tools. The first widely-noticed use of the term was in Men in Groups (1969) by anthropologist Lionel Tiger.

This special relationship is a very satisfying one as it allows men to come together in a “safe” environment where competition and rivalry are brushed aside and each man finds something that he shares with another man. It matters not that men in such relationships are very different and their interests are quite varied, their personalities often quite disparate and even their social classes widely apart. It is enough that the men share one single common interest, which can serve as powerful unifying force to create a special link that will allow quite a strong and special relationship to develop, despite the huge number of differences.

Aristotle’s classical description of friendship is often taken to be the prototype of male bonding or “bromance”. He wrote around 300 BC: “It is those who desire the good of their friends for the friends’ sake that are most truly friends, because each loves the other for what he is, and not for any incidental quality.” It should be noted that these relationships are not at all sexual and the bonding that occurs is of a “homosocial” type rather than a “homoerotic” type. This type of relationship adds a marvellous depth to social interactions and allows men to develop a richer, powerful emotional dimension to their personality.
Posted by Intelliblog at 04:09