A BELATED EULOGY FOR H.A. 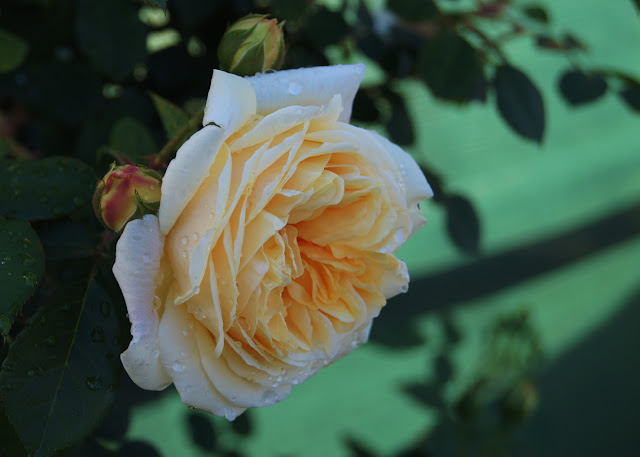 “Thus that which is the most awful of evils, death, is nothing to us, since when we exist there is no death, and when there is death we do not exist” - Epicurus
Quite by chance today I found out that a former colleague of mine from a couple of jobs ago died in 2002 at 47 years of age. Our working relationship was not a close one as we were in different departments, however, we knew each other and always greeted one another in the corridor, sometimes attended the same general staff meetings and on one or two occasions he had come to me for some professional advice. I respected him and regarded him as an able and conscientious colleague, with a cordial and pleasant manner. I remember that he had moved overseas for some time and then I lost track of him, the business of everyday life and demands of new jobs getting in the way of keeping track of erstwhile colleagues…
Moving away from a job, one tends to sever many bonds willingly, while some are cut by circumstance. Though contact may be maintained at first, it is strained by distance and time, and even some closer friendships formed in the workplace prove to be more superficial than one thought of initially and they quickly move into the category of past acquaintance. It is part and parcel of our evolution as individuals and the changes that occur in our character, our environment our long-term relationships with family, persistent friends and long-term acquaintances. Life has a knack of reorganising itself around us and we tend to adapt to its changes with more alacrity than we give ourselves credit for.
We often may regret losing track of someone we felt an affinity with, reminisce about some special people whom we approached but never got the chance of getting really close to, and feel sorry about the ones whom we felt were special and we thought we were close to, but whom time showed to be mere acquaintances. Time moves forward inexorably and has an immense power to level much in its path. We may try to erect huge monoliths that tower above all and yet time passes and the structures we thought eternal, crumble into dust. And yet, a flower may bloom in front of time’s relentless rushing torrential front and the waters wash over it, the fragile bloom seeming to magically stay intact and somehow survive the deluge.
Our powerlessness over the passage of time is manifested most cuttingly by our daily ageing, by the appearance of telltale signs of increasing decrepitude, by the greater frequency of death’s calling card on those near and dear to us. Time passes and we age, time passes and it mows down youth and fervour. It hones down the edge of our passions, and we mature. The lucky amongst may even grow wise, though wisdom may be only another name for forbearance and stoicism in the view of our decreasing strength and increasing awareness of our own mortality.
Death rearing its skeletal head around us is always a sure sign that we too are mortal and must die. There is an increasing acceptance of it as part of our life the more we age and the more of our companions we see succumbing to its inescapable embrace. What is scathing is an early death amongst those close to us. The age of 47 years is nowadays considered as a relatively young age at which to die. One still has much to do, much to contribute, much to achieve, much to enjoy, much to share, much to be rewarded for. It is hard to reconcile ourselves with such losses. More so perhaps if the person passing is talented, hard-working, active, a contributor to the betterment of many lives around him or her.
I was sorry today when I heard of HA’s death. I don’t know any details, not even the cause of death, however, somehow the details seem unimportant now. What I mourn is the person, the life cut short, the journey left incomplete. I also regret not getting to know this person better, not maintaining some contact, not even being there at the time of death… A life stopped short, a colleague dead prematurely, a friend perhaps that I never made. Lives that ran parallel for a little while, threads that never crossed to weave, lives that didn’t enrich each other as much as it could have been possible. A belated eulogy, a goodbye unsaid at the time finally articulated.
Posted by Intelliblog at 00:35