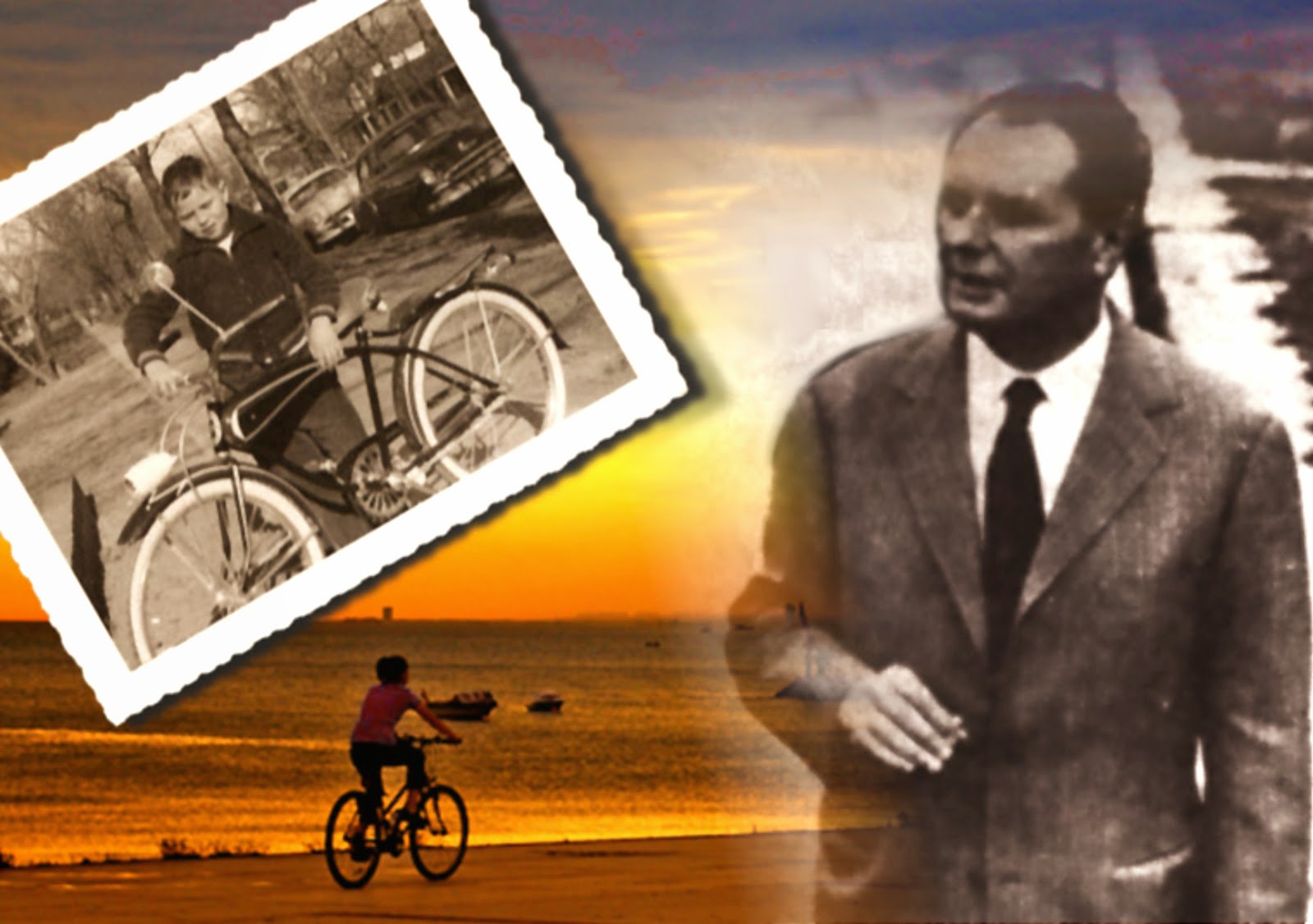 
For Literary Tuesday, I am giving you a poem by the Italian poet Vittorio Sereni (my free translation):

Your Memory Within me

Your memory within me is only a rustle
Of bicycles which go quietly,
There, where the height of noon
Descends to the most flaming of evenings,
Between houses and gates
And the sighing slopes
Of windows open to the Summer.
Alone and distant within me is the sound
Of the lament of trains leaving,
Of souls as they depart.
And there, light as a wisp of smoke carried by the wind,
You vanish in the twilight.


And the original (please feel free to emend my translation):

In me il tuo ricordo

Vittorio Sereni was born in Luino, Italy on the 27th of July 1913. He lived in Brescia and then in Milan where he graduated in Italian literature in 1936.  During his university years he joined a group of young intellectuals who acknowledged the philosopher Antonio Banfi as their “guiding light”.  Sereni was one of the founders of the review Corrente (in 1938) and he also collaborated with Campo di Marte and Frontespizio. In 1941 he published his first book of poetry, entitled “Frontiera”. He was called up by the army and he was first sent to Greece and then to Sicily. Taken prisoner on the 24th of July 1943 he spent two years in prisoner of war camps in Algeria and Morocco.

From these experiences he drew both material and inspiration for his second book of verse, published in 1947 with the explicative title of “Diario D’ Algeria”.  After the war he worked as a teacher, at the same time collaborating with the paper Milano Sera as a literary critic. In 1952 he joined the Pirelli Company. Only a few years later he joined the Mondadori Publishing House as literary director, an appointment he held until his death on the 10th of February 1983.

He published Gli Strumenti Umani (1965) and his last collection entitled Stella Variabile appeared in 1981.  Vittorio Sereni is acknowledged as being the founder of the current of poets that calls itself Linea Lombarda, taking its name from an anthology of poems by Luciano Anceschi published in 1952. This group proposed to “once more find certain threads interrupted or concealed, to reconstruct ties lost” in this way trying to retrieve the relationship between poetry and reality.

Biography and poems - Italian page
Posted by Intelliblog at 13:43